Brooklyn jamband Turkuaz have become one of the most exciting live acts on the scene.  Since 2012, the nine-member outfit has been delivering their energized style of funk and jams to venues all around the country, and have gathered fans who are impressed not only with their colorful outfits, but their charisma and energetic musicianship.

Today, the band has shared a 17-song, 102-minute live album that bursts with energy and creativity.  The somewhat mysterious title of 040717 refers to the date of the performance: April 7, 2017, at the Easter Island Festival in Keetonville, Oklahoma.

Guitarist-vocalist Dave Brandwein shared his excitement about the record's release in a statement:

Opening up the vault of Turkuaz shows is both a fun and daunting task... There are just so damn many of them!  But through the process, we uncovered a performance that I really believe speaks to the spirit of the band, as well as the fun and energy that our fans love.  We’re very excited to share this live album with everyone and we hope it brings people as much joy listening to it as we get from playing it.

The album features a chunk of the band's original compositions as well as covers of the Talking Heads' "Slippery People," Sly and the Family Stone's "Babies Makin' Babies," and Hot Chocolate's "Everyone's a Winner."  Throughout, you will hear the group's versatility with exhilerating guitar solos, bright and funky horn playing, soulful vocals, and infectious grooves.

Our favorite songs are "Nightswimming," "Slippery People," "Club Foot," and "Tiptoe Through the Crypto," but we don't think there is a weak track on the whole record.

040717 is available on Amazon and most major streaming services.  You can stream the full album below on Spotify.

For concert tickets and more, check out the Turkuaz Zumic artist page. 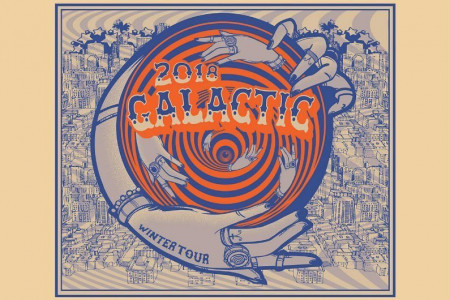