Produced by Cardo, "100" is smooth cut with active percussion. According to Game & Drake, all they want is their friends to keep it "8 more than 92" with them. I'm sure you all get it. While Game kicks his hazy, yet hardcore Westcoast flow, Drizzy steals the show with his honest lyrics. He raps:

Directed by Theo Skudra, the video features The Compton rapper introducing the 6 God to his city. Slow shots of the neighborhood and its residents are shown as both rappers perform their verses among dozens of Compton natives. 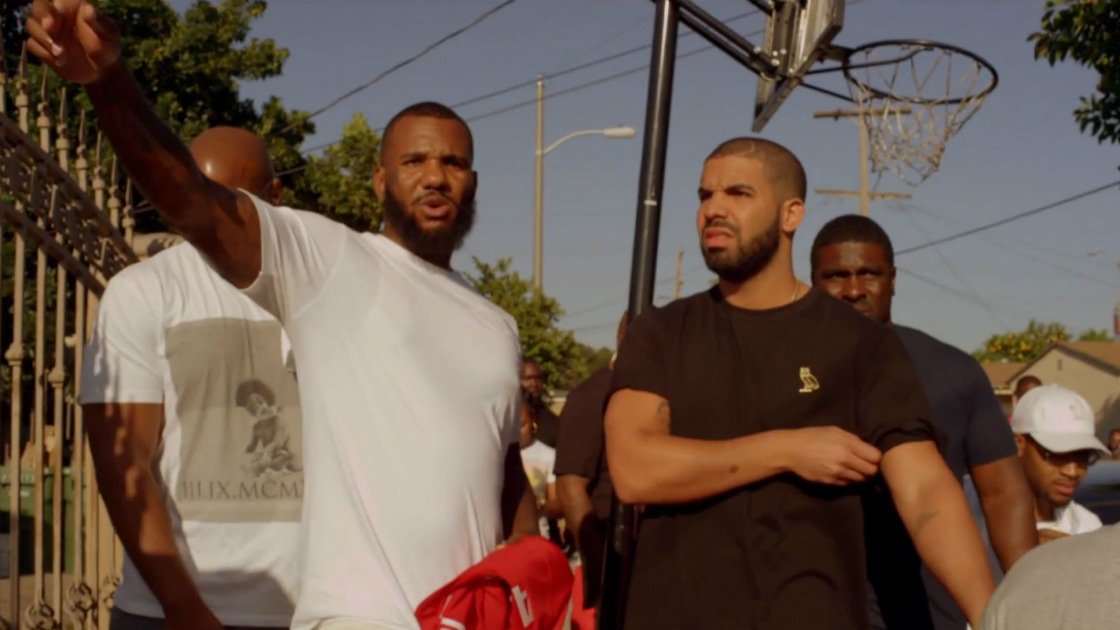 "SICKO MODE"
Travis Scott ft Drake (YouTube)
Music Hip Hop Pop Hip Hop Drake Travis Scott Official Music Video
3
2241
Back to top
You must be logged in to upvote.
Registration and login will only work if you allow cookies. Please check your settings and try again.