Kendrick Lamar stopped by Power 106's The Cruz Show to promote and discuss his latest album To Pimp A Butterfly. During the interview, he unveiled some interesting facts in regards to the project itself and his career. Watch the video above and also check out the 10 facts we learned about Kendrick in this interview below.

1. The original title of his second album To Pimp a Butterfly was How Much A Dollar Costs, which ended up as a track on the album.

2. According to Lamar, "To Pimp A Butterfly" means "Taking something beautiful and pimping it out." It's a metaphor for his celebrity status and talent in regards to him using it for good or bad.

3. It took about 2 1/2 years to release this album because he was waiting for inspiration. That's just how long the creative process took.

4. His trip to South Africa inspired and influenced the direction of the album.

5. He has worked in the studio with Kanye West, but isn't on Kanye's upcoming album and doesn't expect the song to be released.

6. The untitled track he debuted on The Colbert Report is not on the album and will not be released. According to Lamar, that record is just for him.

7. The people on the cover of To Pimp a Butterfly represent Lamar's friends, who are considered to be degenerates. The initial meaning behind the artwork is Kendrick giving his friends the experience of leaving their city of Compton and seeing the outside world, represented by the White House.

8. The video for "King Kunta" was shot at the Compton Swap Meet, which will be torn down soon.

9. Power 106 was the first radio station to support Kendrick Lamar. Years ago, they played his 2011 song "She Needs Me."

10. There is a verse he planned to put on the album about industry politics that he really liked, but didn't include because the end of the verse is "brutal."

11. He's been talking with J. Cole about a collaborative album.

To Pimp A Butterfly is available for order on Amazon (CD, MP3). You can also listen to the album and read our review right here on Zumic, via Spotify. 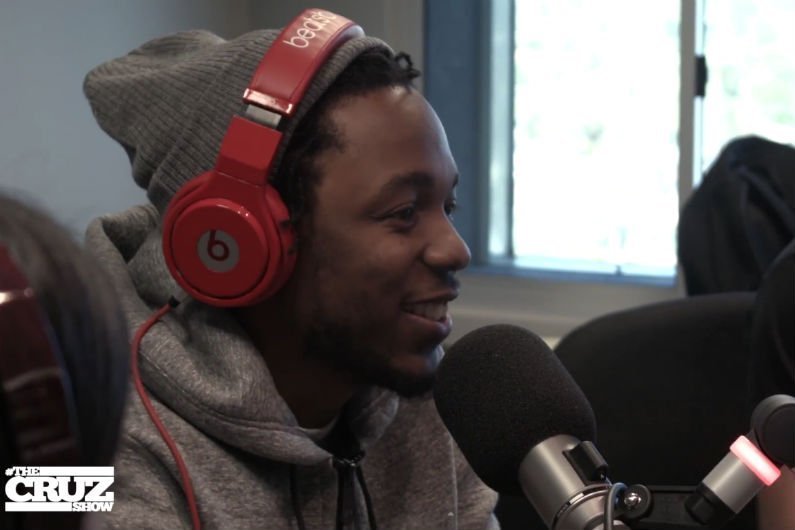