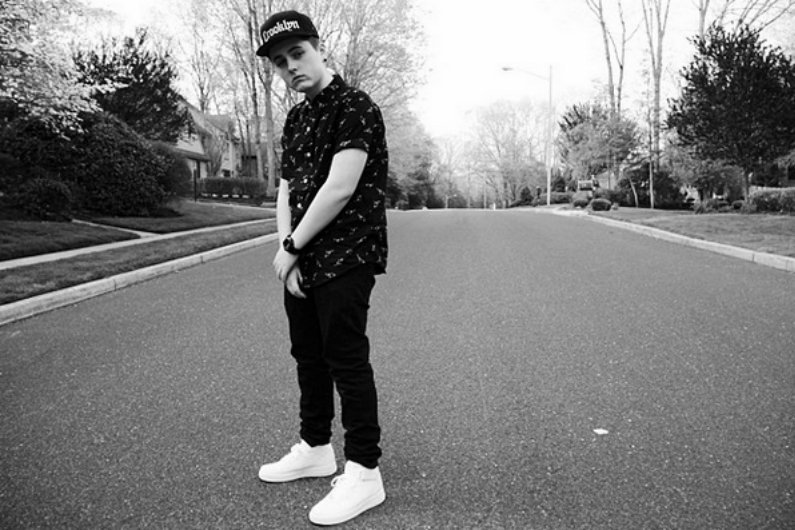 Chris Miles already had a name in hip hop, but after TMZ reported the 15-year-old emcee had signed a deal worth $1.5 million with Warner/Chappell on June 28th, he may be on his way to household name status. Prior to that, Miles' audition tape for America’s Got Talent went viral, accumulating over 250,000 views on YouTube. He was interviewed and freestyled on Shade 45, was featured Cam’Ron’s “Let Me Work,” and his two mixtapes on DatPiff have accumulated nearly 30,000 downloads.

“Perfect” will be the first single off of Chris Miles’ upcoming debut album. Zumic spoke to Chris to find out about the single, the deal with Warner / Chappell, and more.

Can you take us through how "Perfect" came together?

My homie Michael Keenan sent me it, and I knew it was gonna be dope. I had trouble writing to it at first, but then it just all came out at once. Kinda weird. It deals with a majority of what I've been going through lately in my mind, so I felt it was right. I love that hip hop / EDM vibe that it has to it.

Last Saturday TMZ reported they had obtained a copy of a contract between Warner/Chappell and you. Can you tell us about that?

I just woke up that one morning and every blog I could think of was talking about me and the deal I had gotten. Pretty wild. It's basically a deal for songwriting for other people. Media got it all misconstrued by saying it was a "record deal." But I'm still really grateful. Shout-out to Jake Ottman for having faith in my team and I, and giving me this opportunity.

What have the last few days been like for you?

The last couple days I've just been observing what everybody has to say about the deal. Some people hate it. Some people love it. My team and I have also been strategizing about what to drop, when to drop it, etc. We decided that "Perfect" was definitely the play.

In a recent open letter on Instagram, you said that you have 50 unreleased songs you’re picking from for an album you’ll be releasing at end of the summer. Is there a title or a release date for that project yet?

We got a couple ideas for the title, but we're not announcing anything yet. It should be out by the end of the summer. That doesn't mean I'll stop working, though. Once you have enough songs, you gotta make more. That's just how it is. Grind time.

On the same Instagram post, you declared, “Enough of this corny 14-year-old rapper shit." Do you feel that some people have put you in a box, assuming that you’re a certain way because you’re a teenage rapper?

Hell yeah. I can't say some of the things that I'd like to say, because it wouldn't be taken seriously. I still get told that I'll never make this shit happen just because of my age. It's just annoying. But I definitely feel like my new music is gonna shut a lot of people up. I wanna show the world that I'm an artist, not a YouTube sensation.

Something distinct about you, other than age, is your lightning-fast delivery. Is that a skill you had down when you started rapping, or is it something that you’ve developed?

I always had the ability to rap fast. I've perfected and improved it over time, though. However, I don't want to be known as another fast white rapper. With my newer music, I've definitely slowed things down a bit, but it's better than ever.

When did you start rapping?

I started rapping when I was like 10 years old. Back in the bedroom type of shit with my middle school homies. I used to get picked on, so I would go always just chill after school making music to cope with everything. Eventually, I got better and more comfortable with the music I was making and started posting it online, and about 5 years later, here I am.

Who are the people in your inner-circle?

My inner circle is definitely my music team. Zach, Tony, and TyCo are my managers. Ben is my engineer. I've known this kid Nick since like 6th grade. He started rapping with me. These are all my day-ones. The smaller the circle, the more valuable it becomes.

There have been pictures of you working with Statik Selectah, Lex Lugar, Mike Zombie, and Alex Fitts of the Kickdrums. What are you cooking up with those guys right now?

Just stacking tracks for future projects. Me and my dude Statik definitely got a joint coming soon, he had me on the show a while back. Lex is the homie, he found me off my Versace remix on WSHH then we linked up in NYC and made a few joints. Mike Zombie is my dude. He actually raps so we killed a track together in NJ. He hasn't sent me no production yet, though. And yeah, I got a bunch of other dope producers I've working with too, so my next project is gonna be crazy.

That's one of my biggest goals at the moment. It may not be realistic, but I'mma be there one day, I guarantee it.

If you could get rid of one trend in rap culture today, what would it be?

I'd probably get rid of the belief that you need to be from a certain environment to make a certain type of music. I haven't been dead broke or sold drugs my whole life, but I still got everyday issues that people can relate to. My dad got sick last winter, he had to get fed through a tube and couldn't eat for 3 months, and my mom took off of work to help him get better. Maybe I haven't lived in the projects, but everybody has a story to tell.

What is the best advice you’ve gotten so far?

"Don't worry about the next guy, they don't concern you. Worry about yourself."