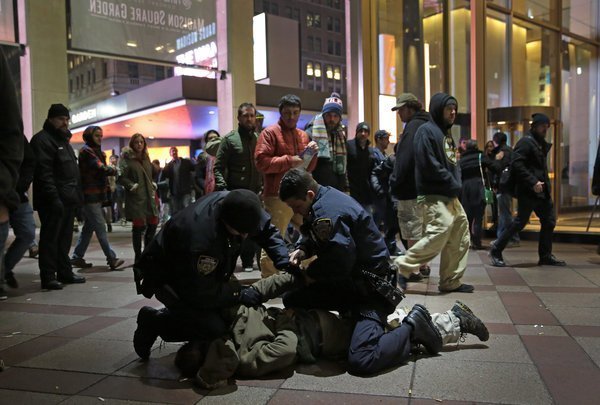 A 4-night concert series at New York City's 18,200-seat Madison Square Garden resulted in the arrest of more than 200 Phish fans throughout the course of the shows.

Police cracked down on drug enforcement and arrested concertgoers for possession and/or distribution of marijuana, hash, mushrooms, LSD, MDMA, amphetamines, and prescription drugs like OxyContin and Xanax. While some of the arrests made were related to illegal ticket scalping and public urination, the bulk of the arrests were drug related.

Following the first show, The Wall Street Journal reported 38 arrests and 85 summonses (61 of which were for open alcohol containers), but by the end of the third concert, more than 228 arrests had been made. A total number of arrests has not yet been made available.

According to the New York District Attorney's office, most of the violators were charged with misdemeanor offenses or given summonses to show up in court. At least 10 offenders, though, were charged with felonies for trying to sell drugs to undercover officers. The New York Times reports that one man -- Jeffery Powers -- was arrested with "424 capsules of MDMA, 71 strips of LSD and 14 bags of mushrooms in his pants."

Pamphlets were also reportedly distributed at the shows containing information about NYC and the advice that “25 grams or less of weed” is a violation with no jail time. Next time, the pamphlet should probably also advise against selling drugs to cops.

While Phish heads may have a reputation for being heavy drug users, law enforcement everywhere might not share the same view. Hampton, VA police released this video thanking Phish fans for being so well behaved at a concert in October. Perhaps next year, Phish will play their New Year's Eve shows at "The Mothership" instead.

Watch the full video of the hourlong New Year's Eve set performed atop a truck at MSG right here at Zumic.