With no features and little promotion, J. Cole decided to swerve in a different direction with his 3rd album, 2014 Forest Hills Drive. In November, only three weeks prior to the album's release, he took to Twitter and announced that a new album was on the way. Unlike Cole World: A Sideline Story and Born Sinner, the project tells a full, cohesive story and dives a little deeper into the rapper's conscience. Cole was in a different mental space while creating this body of work, and it shows from the first song through the entire album.

The album is much darker than his previous works, with good reason. A current social issue is the friction between police officers and African Americans. In recent months, protests and riots sparked all over the country due to the deaths of Michael Brown and Eric Garner. After Brown's death, Cole traveled to Ferguson, MO to show his support and talk to frustrated citizens. In August, he released the song "Be Free," a heartfelt dedication to the slain teen. Although "Be Free" is not on this album, his feelings regarding this issue makes its way to the album through introspective lyrics and somber production.

The album title, 2014 Forest Hills Drive, is the address of J. Cole's home in Fayetteville, North Carolina from when he was 11 to 18 years old. In June, he bought the home to help those who are less fortunate. It makes sense as an album title, since major themes in the album include growing up, family, and friends.

In an interview with NPR Music's Microphone Check, he discussed the importance of the album's title: "That's the house that I started rapping in. I got my first beat machine, made my first beats, wrote my first song, first girlfriends, first crushes, made the basketball team, got my first jobs, learned how to drive. All these memories associated with adolescence was in this house. So it's a special place to me."

Cole went on to describe the autobiographical nature of the album, "It goes chronologically and follows my life progressions of this kid that wants so bad to be a movie star and so bad to be famous and to have things. And you could follow the beginning of the album and all these things that he wants." The album begins with a kid that strives for fortune, fame, and women. He idolizes the glamorous lifestyle. As the album trudges on, the kid becomes a man and realizes that material things aren't important. He realizes the importance of self love and happiness.

With 2014 Forest Hills Drive, Cole shies away from the glitz and glamour of rap stardom (even though, ironically he recorded the album in Hollywood), and focuses on deeper personal connections, which is a recurring theme. In an interview with Complex Magazine, he stated:

That’s what Hollywood represents versus 2014 Forest Hills Drive, which is home. Home is wherever the authentic, unconditional love is. The fake shit, the synthesized love, is Hollywood. I ran from Fayetteville to New York, from New York to everywhere, ultimately looking for what? For love—respect and love from my peers, love from the fans, love from the critics. I’ve learned that none of that shit is real. I appreciate it, it’s extra love, but it can and should only help and add to the real pot of love. It should not substitute. 'Artists' that go to Hollywood and live their lives for the cameras, the attention, they’re supplementing for their lack of love, their holes.

Like his other albums, as well as mixtapes, Cole produced a majority of songs. The album features production from Nick Paradise, Dre Charles, Team Titans, Vinylz, Pop Wansel, JProof, and Phoenix Beats. The production for most of the songs is relaxed and melancholy. He does more singing on this record than his first two albums, but only 4 songs feature upbeat production and even those wouldn't really be regarded as club records.

Songs such as "Wet Dreamz," "'03 Adolescences," and "A Tale of 2 Citiez" showcase Cole's strong storytelling ability. "Wet Dreamz" is a song all young boys can relate to. In the song, Cole raps about his first sexual encounter as well as the lies he told to get there. In "'03 Adolescences," he raps about his early years in college and his thoughts of dropping out of school to chase his dreams as a rapper, as well as the bad decisions he made regarding his involvement with drugs. He also speaks about the impact of friends and family as he grew up and made better decisions. "A Tale of 2 Citiez" shows the aggressive side of the album in which he discusses a life of crime.

Same thing that my nigga Elvis did with Rock n Roll
Justin Timberlake, Eminem, and then Macklemore
While silly niggas argue over who gon' snatch the crown
Look around, my nigga, white people have snatched the sound
This year I’ll prolly go to the awards dappered down
Watch Iggy win a Grammy as I try to crack a smile

The !lltown-produced "Love Yourz" just might be the deepest song on the album. He brings happiness to the forefront, explaining how nothing is more important than that. He also explains that we should all simply love life and embrace those who love us unconditionally. In the hook, he repeatedly sings, "No such thing as a life that's better than yours." He also raps, "For what's money without happiness? / Or hard times without the people you love / Though I'm not sure what's 'bout to happen next / I asked for strength from the Lord up above." He ends the song with the line, "But you ain't never gon' be happy till you love yours."

The album ends with the song "Note To Self" in which Cole shouts out everyone who inspired him in his career and aided him in the making of the project. Similar to what Jay-Z did on his song "My 1st Song," the last song on his 8th album, The Black Album.

With only a 5-year-old career in the industry, J. Cole has established an immensely strong fan base, a respectable catalog, and has earned the respect of some of hip hop's greats. He is well on his way to being regarded as one of the greatest rappers of his generation. The "Fayettenam" rapper has definitely grown over the years. With this project, he shows his fans his human side and does not shy away from personal experiences. Clearly he is at a different place in his career right now where he tends to focus on the important aspects of life. 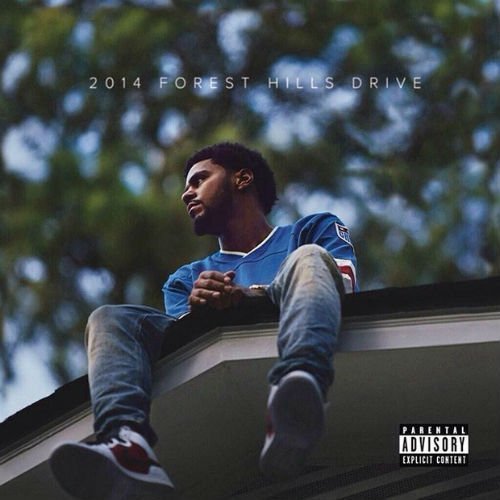