Mike Will Made It knows that a die-hard Jordan sneaker-head doesn't express their love for the classic brand by standing in line for hours to get a pair. A true Jordanista creates an anthem celebrating the sneaker, so that's what he did.

In his new single "23," Mike Will raps of his love and appreciation for Jordan sneakers, and calls in verses from Wiz Khalifa, Juicy J and captain of the Twerk Team, Miley Cyrus.

The track is on par with what one would expect from Mike Will: the unexpected. It showcases Miley's rap skills and proves that she's able to hold her own alongside Wiz Khalifa and Juicy J.

"23"  (available for purchase on iTunes) is the lead single from Mike Will's debut album Est. In 1989 Pt. 3 (The Album) due out later this year via Interscope. 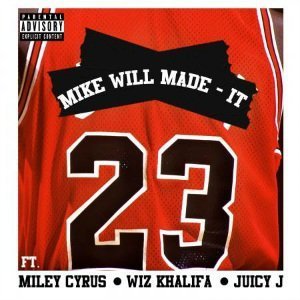 Wiz Khalifa And Curren$y Plot 2019 Tour Dates: Ticket Presale Cod...
Tickets Hip Hop Curren$y Wiz Khalifa
5
3893
Back to top
You must be logged in to upvote.
Registration and login will only work if you allow cookies. Please check your settings and try again.