The wait is over. The Strokes are back with three new songs: "Drag Queen," "OBLIVIUS," and "Threat of Joy," along with a remix of "OBLIVIUS" by drummer Fabrizio Moretti. Each of these tracks are included in their EP titled Future Present Past, which is officially due out on June 3, 2016. Listen above, courtesy of an exclusive advance release on Spotify.

On June 3, The Strokes will be headlining The Governors Ball Music Festival in their hometown of New York City, and Future Present Past will be released on the same day. After a three-year break, the EP is the first new music that the band has come out with since the release of Comedown Machine in 2013.

"Drag Queen" starts the album off with a post-punk vibe, while "OBLIVIUS" sounds more in line with previous releases from The Strokes. "Threat of Joy" also sounds similar to the band's older songs, and is likely to become the most popular song from the album because of its upbeat rhythm. Moretti's version of "OBLIVIUS" is certainly unique and unveils his electronic side.

Purchase Future Present Past on Amazon.

For The Stroke's latest music, news, and tour dates, check out their Zumic artist page. 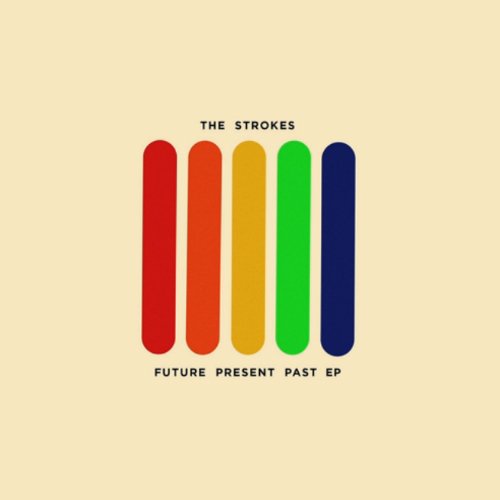 "OBLIVIUS" - The Strokes [YouTube Official Lyric Video]
Music Garage Rock Indie-Rock Pop Rock The Strokes Lyrics Video New York, NY
1
715
Back to top
You must be logged in to upvote things.
Registration and login will only work if you allow cookies. Please check your settings and try again.