Bruno Mars is back with a new music video for "24K Magic," the title track to his soon-to-be-released 2016 album. Watch above on YouTube.

The sound is a fresh take on a classic '80s vibe, with amped up synthesizers, slick electronic drum production, a bassline that makes you wanna move around, and lyrics that are braggadocious but also show a sense of humor.

It's easy to look at this as a continuation of Bruno's 2014 mega-hit with Mark Ronson, "Uptown Funk," but with a more of a G-Funk hip hop vibe than the crooning R&B style Mars rode to the top of the charts back in 2010. The bassist of "Uptown Funk" and Mars' backing band, Jamareo "Jam" Artis spoke with Bass Player magazine, mainly about his own solo album which was released last month, The Red BoomBox, and also about recording 24K Magic:

We’ve been working on for about a year, trying different ideas and experimenting. I don’t know what’s going to be included in the final version, but it’s going to have a new sound, and so far the material is very groove-oriented...

Bruno will call me up and play some piano over the phone to see what I think of his ideas, and he’ll ask where he should go from there. Or I’ll go into the studio and he’ll have basic parts that he wants me to jam out on and do my thing. Most challenging is when he has me start a song out of nowhere, in any key with any groove or vibe. He’ll say to me, “Hey Jam, I need ‘Billie Jean.’” That’s a lot of pressure, you know? You don’t just come up with “Billie Jean” off the top of your head. All you can do is play what you’re feeling in that moment and hope it works. But Bruno knows how to make a hit, so if the part works for him, I know I’m in good hands.

The video, directed by Bruno Mars and Cameron Duddy, was shot in Las Vegas and shows Mars partying with bros in Versace and babes in bikinis. If you pay attention while listening to the lyrics, you'll probably get a couple extra laughs when a vocal punchline syncs perfectly with what you see on the screen.

Mars shared on social media that the 24K Magic album is done and the expected release date is listed as November 18, 2016. Pick it up on Amazon. 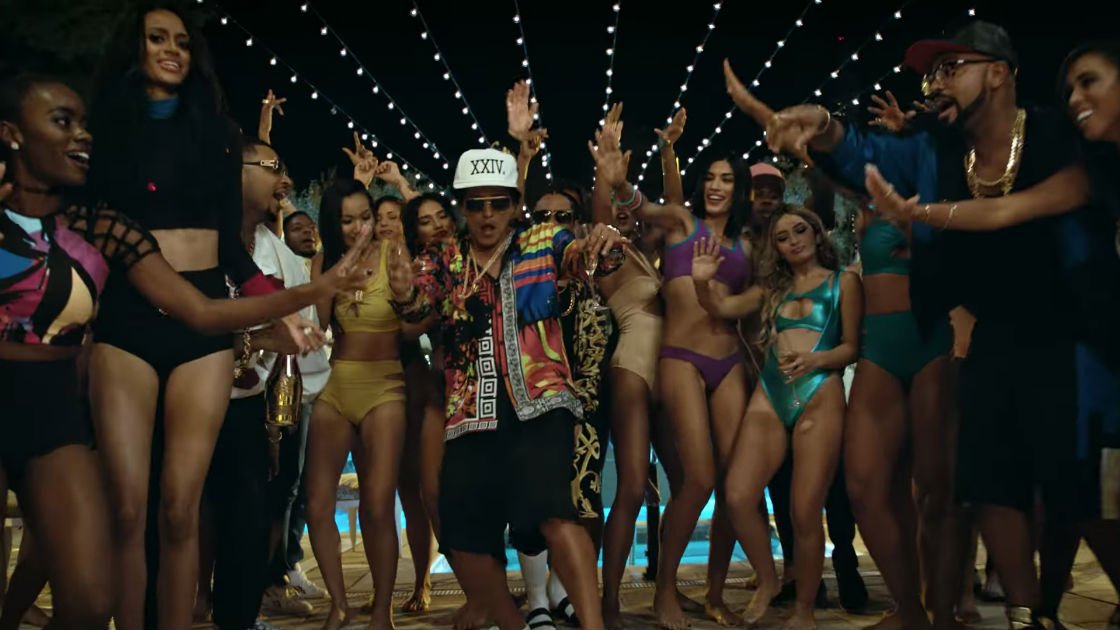 Bruno Mars Sets 2019 Las Vegas Residency Dates: Ticket Presale Co...
Tickets Dance-Electronic Dance-Pop Funk Pop Soul Bruno Mars
3
2045
Back to top
You must be logged in to upvote things.
Registration and login will only work if you allow cookies. Please check your settings and try again.