Australian pop punk band 5 Seconds of Summer are shaping up to have a busy 2016 as they have extended their Sounds Live Feels Live tour date schedule with recently announced North American concerts for July, August, and September. The band's world tour will follow a run of Jingle Ball concerts in the United States during December of 2015. In 2016, they'll be touring Asia in February and March before hitting England in April. Check below for 5 Seconds of Summer's full 2015-2016 schedule and information about presale codes and tickets.

When do 5 Seconds of Summer 2016 North America tickets go on sale and what's the presale code?

People who preorder Sounds Good Feels Good via Amazon, iTunes, Target, or Google are eligible for presale tickets by filling out this form. The album is scheduled to be released on October 23, 2015.

For the latest music, news, and tour dates from 5 Seconds to Summer, check out their Zumic artist page. 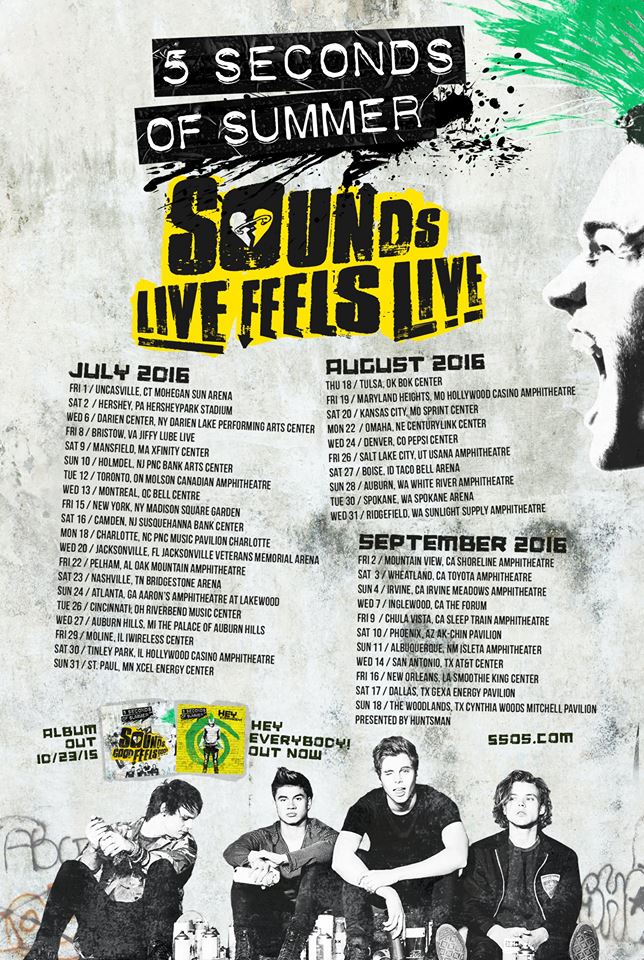 5 Seconds of Summer
Powered By