Jim James' new EP, A.E.I.O.U.R.E.M.I.X.E.S., is just that, a series of remixes of songs from his album, Regions of Light and Sound of God, leading off with a remix of the song "State of the Art (A.E.I.O.U.)." The first remix, made by Robot Toast, was the winner of a contest that Jim James had on Indaba Music, where he chose his favorite remix of "State of the Art (A.E.I.O.U.)." It's a much harder hitting version than the original. The rest of the EP contains four very different versions of "Know Til Now," including a disco/funk one, and ends with a very weird remix of "A New Life." 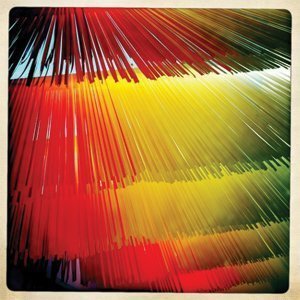 "Uniform Clarity" - Jim James [Full Album Stream + Zumic Review]
Music Acoustic Jamband Psychedelic Rock Rock Singer-Songwriter Jim James My Morning Jacket LP
2
951
Back to top
You must be logged in to upvote things.
Registration and login will only work if you allow cookies. Please check your settings and try again.