Action Bronson isn't your average rap performer. His outrageous stage presence and foolish behavior will surely attract fans from all over. Everything from passing out drugs, rapping while driving a golf cart, and performing wrestling moves on fans have made Action Bronson one-of-a-kind. Rolling Stone caught up with Queens rapper as he counts down his top 10 outlandish stage antics. Watch as Bronson walks us through his craziest moments on stage. 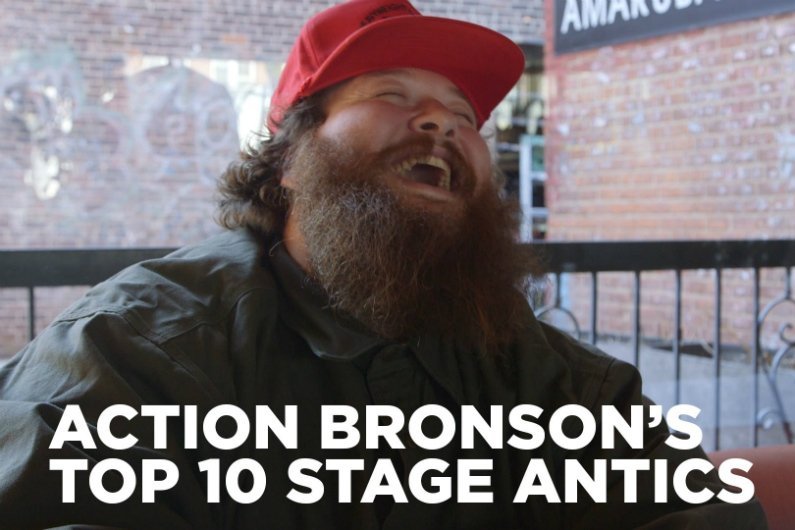