UK DJ and producer Ikonika has just released her sophomore album Aerotropolis, which is now streaming via Spotify. According to The Guardian, the artist, also known as Sara Abdel-Hamid, said that Aerotropolis is inspired by her time living near Heathrow airport. As a result, "The album is dreamy at times, in the clouds," Ikonika says.

This new electronic album doesn't quite follow electro rules. Of course, neither did her debut album Contact, Want, Love, Have, which twisted dubstep around and took it outside of the box.

Though we're not sure we can call Aerotropolis "dubstep," Ikonika does, once again, take musical liberties in playing with new sounds, and creates something different-sounding, and interesting to listen to on this record. Ikonika said of Aerotropolis, "I think there was an effort to stop using certain sounds. I avoided certain paths. I tried to engulf everything after dubstep and made a decision to go for style – my style – and progress in that way."

The album is influenced by Latin freestyle, early house and Technicolor ’80s pop, and we can definitely hear the ’80s vibe. Take a listen to the full album above and tell us what you think. Hard copies of Aerotropolis will be available on July 30th. 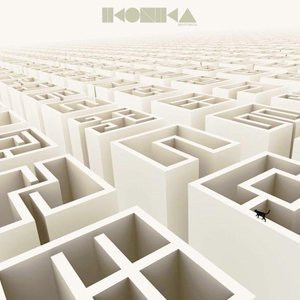