Last night marked the inaugural webcast of the YouTube Music Awards, which featured some of the biggest names in music accompanied by an awkward and unscripted awards show. The highlights of the evening, though, were certainly the live music videos created during the event. Spike Jonze served as director and Arcade Fire's "Afterlife" opened up the show.

The video was a single shot following actress Greta Gerwig as she danced through an apartment building and a forest before emerging onto the main stage area. There, she was joined by the band and a dozen young cheerleaders as they finished the song. This was the least awkward point of the night.

Watch the video above and stay tuned to Zumic for more recaps of the 2013 YouTube Music Awards. 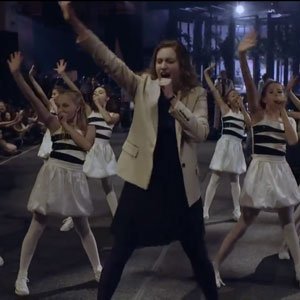