The oddest music collaboration has just touched down on Earth. French Montana is accompanied by Miley Cyrus on the remix to his single "Ain't Worried About Nothin." Cyrus starts the song off with a rap verse confessing her love for twerking, Versace, and Molly. The southern twang in her voice is very audible as she raps "Bitch, I ain't worried bout nothin," which sounds like a shot at critics who have bashed her new sound.

French Montana's raps are the same as the original. Thank the music authorities for keeping it this way, as we could only imagine the rapper dropping lines about the country singer. This track is timed perfectly with the recent release of Bangerz. The once family-orientated Cyrus now has another success to add to her ratchet catalog.

French Montana is currently touring the states through October. In November, he will provide support overseas for T.I.'s tour. Excuse My French is available on iTunes. 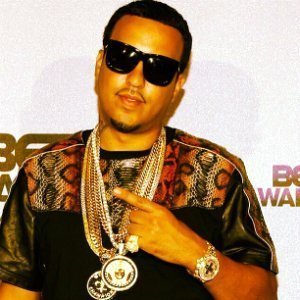 "Nothing Breaks Like a Heart"
Mark Ronson (YouTube)
Music Pop Mark Ronson Miley Cyrus Official Music Video
2
1510
Back to top
You must be logged in to upvote.
Registration and login will only work if you allow cookies. Please check your settings and try again.