The Strokes' Albert Hammond Jr. Used To Do A Ton Of Drugs, Apparently 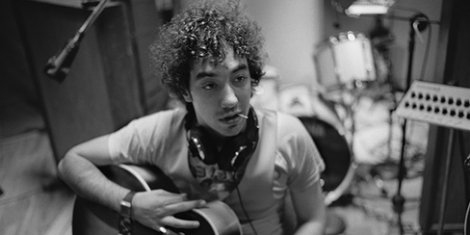 In a recent interview with NME, Strokes guitarist Albert Hammond Jr. opens up about a time in his life when he "used to shoot cocaine, heroin and ketamine 20 times a day." Though the Strokes have always been known as a volatile band, this new information about Hammond Jr. comes as a major shock.

Musically, Hammond Jr. has never given the impression of someone with substance abuse problems, crafting some of the sunniest, most carefree guitar lines in recent memory. But for every hollowed-out, angst-y Cobain, there's a Brian Wilson who's singing of cheerful "good vibrations" while battling life-threatening addictions.

But apparently it wasn't just heroin. Hammond Jr. combined three drugs into a substance we'd like to call "I Can't Believe It's Not Lethal!," and then shot up. The guitarist admits his addictions began to affect his social life, and led to him entering rehab in 2009.

Hammond Jr. has since been sober, appearing on two Strokes albums and prepping for the release of his third studio album, AHJ, which is set for release on October 8th. Watch the Strokes perform on Jools Holland in 2006, during the peak of Hammond Jr.'s drug use, below.

"OBLIVIUS" - The Strokes [YouTube Official Lyric Video]
Music Garage Rock Indie-Rock Pop Rock The Strokes Lyrics Video New York, NY
1
631
Back to top
You must be logged in to upvote things.
Registration and login will only work if you allow cookies. Please check your settings and try again.