To commemorate what would have been Gil Scott-Heron's 65th birthday, XL Records has announced that they will release Nothing New, an album of stripped-down versions of Scott-Heron songs for this year's Record Store Day. Stream one of the tracks, "Alien (Hold On To Your Dreams)," above.

Recorded during the 2008 sessions for I'm New Here, Scott-Heron's final studio album, these tracks feature the singer-songwriter performing eight of his own songs solo, accompanied only by a piano. In the case of "Alien (Hold On To Your Dreams)," which originally appeared as a funky jam on 1980 (one of Scott-Heron's collaborative albums with Brian Jackson), the Nothing New version is much more intimate and rootsy.

The song's YouTube description offers some more information about the upcoming album:

Accompanying himself on piano and with no overdubs, this is Nothing New: a unique musical insight into one of the most profound recording artists of our time.

Nothing New will be released only on 12" vinyl, limited to 3000 copies, and available exclusively on Record Store Day, 19th April 2014. 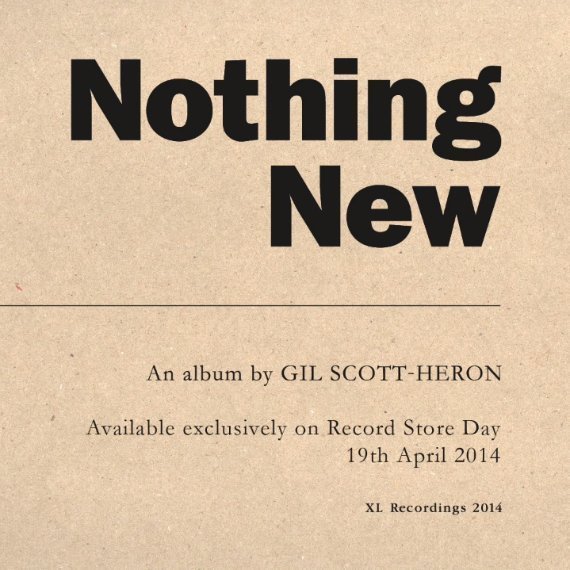