On Friday, Jim DeRogatis and Greg Kot's Sound Opinions podcast played host to the great Allen Toussaint, who sat down for an interview interspersed with performances of several of his songs. The hour-long podcast also featured an excerpt from an interview with Morgan Neville, director of 20 Feet from Stardom, an Oscar-winning documentary on backup singers in the '60s and '70s. Listen and download the full thing above.

Neville, who was interviewed first via phone, discussed the inspiration for 20 Feet from Stardom. Apparently, former chairman of A&M Records Gil Friesen, who wound up producing the 2013 documentary, came up with the idea years ago while very stoned at a Leonard Cohen concert. He focused intensely on Cohen's backup singers throughout the show, and began to wonder, "What are their stories?" This evolved into a series of archival interviews with singers, mostly women, who Neville and Friesen believed had been "misused by the industry." Neville said that for every Luther Vandross and Sheryl Crow (who got their starts backing up David Bowie and Michael Jackson, respectively), there were hundreds of insanely talented vocalists whose careers fizzled out all too quickly. 20 Feet from Stardom, which just picked up an Oscar last week, sounds like a necessary piece of music history that was in danger of being lost, but thanks to Neville and Friesen, millions of Americans now have access to the tales of these relatively unknown talents. The full interview with Neville has also been posted individually.

Toussaint then joined DeRogatis and Kot in the studio for an interview that took up the majority of the podcast. Recently celebrating 60 years of performing, Toussaint just released a live album entitled Songbook, which is a career-spanning collection of songs recorded live at Joe's Pub in NYC. The Sound Opinions hosts started off by asking the veteran pianist about his first experiences with music, which began around age six, Toussaint said.

After seeing his first piano in a relative's house, Toussaint said he "walked over to this big piece of furniture, touched it, and it said 'hello' in such a fine way." He soon began taking lessons and listening to other pianists, most notably Professor Longhair, who he called the "Bach of rock" in New Orleans. Toussaint, seated in front of his piano for the entire interview, demonstrated some of the musical phrasing that Longhair invented, and then showed how it came to inform his own work by playing "It's a New Orleans Thing." Videos of the performance of that song, along with "Fortune Teller" and "Old Records," were uploaded to YouTube by Sound Opinions, and you can watch all of them in the playlist below.

Toussaint also spoke in-depth about the rotating cast of collaborators he came into contact with as a teenager in New Orleans, including Dr. John, Lee Dorsey and Huey "Piano" Smith, an R&B great who Toussaint once stood in for at age 17. In particular, Toussaint and Dr. John interacted a lot in their early days, as they were both session musicians at Cosimo Matassa's legendary J&M Recording Studio. Interestingly enough, Toussaint said that when they were in sessions together, he played piano and Dr. John played guitar.

Before closing out the podcast with a beautiful rendition of his song "Southern Nights," Toussaint talked about his attitude towards sampling and unlicensed cover versions which, to be honest, is an uncommon one for a musician of his age and level of fame. As an artist whose songs have frequently been popularized, manipulated and sampled by a bevy of other artists, Toussaint was able to narrow down his opinions on the subject to one word: "Grateful. Grateful is the word." The hosts commented on the sheer number of times that the song "Working in the Coalmine" has been covered, to which Toussaint responded, "I'm very grateful to everyone who's ever done it, including Devo, which is a very interesting version. As far as I'm concerned, Devo and I collaborated on something in life."

Allen Toussaint is musical legend whose outlook on life and music seems to be emphatically positive, adventurous and respectful. This Sound Opinions podcast is great for old fans and newcomers alike, as Toussaint is capable of winning you over with just one carefully-played piano phrase or expertly-told anecdote. He truly is a class act. 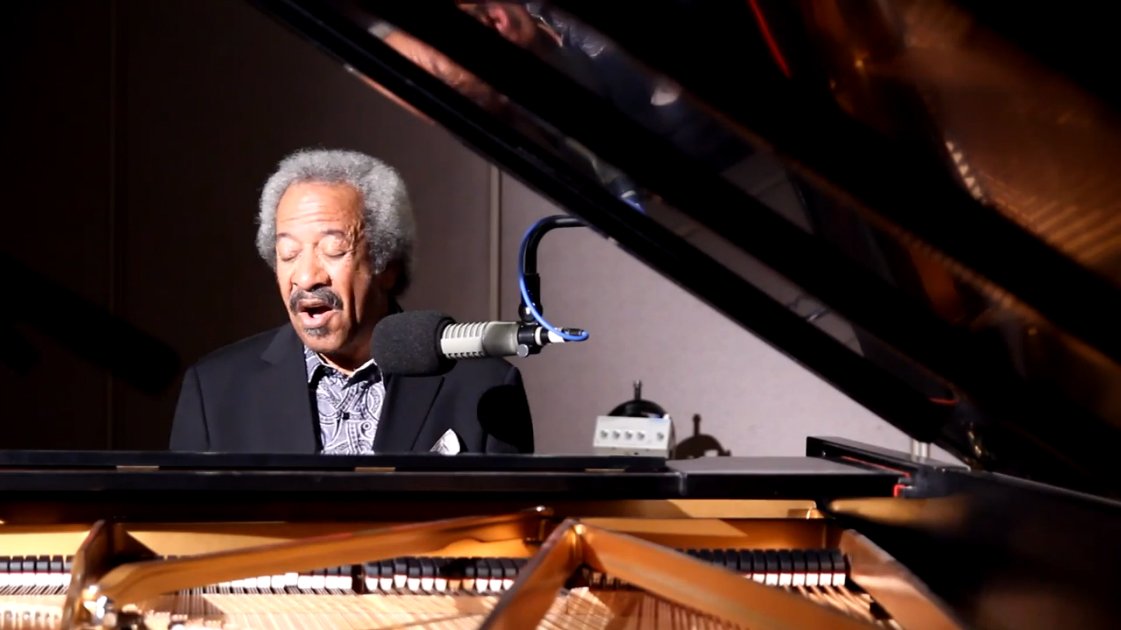