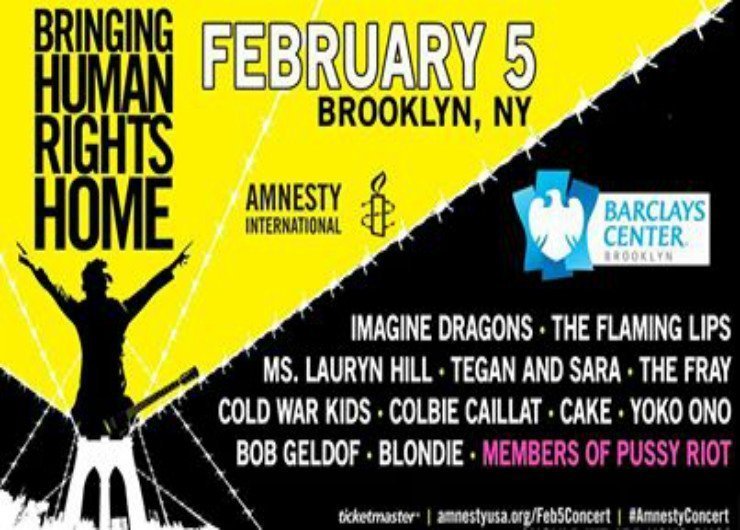 On Wednesday night, human rights organization Amnesty International gathered some of music's biggest stars together for a night of music and education at the Barclays Center in Brooklyn, NY. The five-hour concert was Amnesty's first since The Paris Concert for Amnesty International in 1998. Among the night's most notable performers were Yoko Ono, The Flaming Lips, Bob Geldof and Blondie. Recently freed members of Russian punk band Pussy Riot were in attendance as well. The special evening focused on the power of music and the continued struggle for human rights around the world. Amnesty's global mission is rooted in a fundamental commitment to the rights, dignity, and well-being of every person on Earth.

California indie rock band Cold War Kids were the first act to take the stage at 8 PM. Unfortunately, I missed their set due to the long lines of people entering the building. I reached my seat just as the next act was scheduled to go on. As I got comfortable in my seat, I noticed the diversity of the crowd: young, old, male, female, punks, hippies, and activist looking types. I sensed this was going to be a special night.

Pop singer/songwriter Colby Caillat took the stage and performed a new song titled "Hold On." Next, she asked the crowd to get up on their feet and clap along to the song "Brighter Than The Sun." Her easy to digest songs and relaxing singing style made for an enjoyable set and her fans seemed pleased.

Dan Reynolds, lead singer from Imagine Dragons, introduced Colorado rock band The Fray to the stage. As expected, there were a lot of fans in the audience. "You Found Me" warmed up the crowd before they broke into their 2005 hit "How To Save A Life." I recognized the song because of the strong airplay it had received and was glad to see it performed live. The last song was upbeat and they definitely put on an impressive set, given the short time they had.

An Iranian blogger named Kianoosh Sanjari spoke to the crowd for a few minutes before announcing the next band. Not surprisingly, there was a giant applause when veteran rock band Blondie took the stage. The atmosphere suddenly kicked into a high gear rock and roll show. An arena full of fans were on their feet singing along to the hit song "One Way Or Another." They changed the tempo with the next song, a new-ish one titled "A Rose By Any Name." They ended their highly energized set with the fan favorite "Call Me."

Actress and guest speaker Susan Sarandon spoke to the crowd about the injustice of having the death penalty in our country. She continued to explain that music gives meaning to our lives and that's why a concert like this is so important. A man by the name of Kerry Max Cook came onstage to share his story about being wrongfully accused of a crime and serving over twenty years on death row in Texas. It was a deeply touching story that moved many in the crowd, including myself. His story made a strong case against the death penalty. If Amnesty International had not took an interest in his case, an innocent man may have been wrongly executed.

Up next on stage was alternative rock band Cake, who entertained the crowd with two of their biggest hits, "Sick Of You" and "Short Skirt, Long Jacket."

A video montage of Pussy Riot played on the giant screens in the arena before mega-star Madonna took the stage. She joked about how the word "pussy" has become a common word in her household before telling the story about why the two members of Pussy Riot (Masha and Nadya) were arrested. The women served two years in penal colonies after being convicted of hooliganism for staging a protest against Russian leader Vladimir Putin inside a church. It seemed, as least where I was sitting, that many didn't know who the girls were or what their story was. That was fine though, because we were there to learn their story and how their struggle is important in the human rights movement.

Masha and Nadya came onstage and gave a passionate, strong speech about the oppression in Russia and how few rights people there have. Their Russian accents were VERY strong and you could feel the power in the words they were saying. One statement that I found inspirational was, "The truth will always win. Even if it dies in battle." When they were done, they led a chant of "Russia will be free!" throughout the crowd.

Alternative rock band Imagine Dragons took the stage and executed a high energy performance. While their music is unfamiliar to me, there were a noticable amount of fans in the crowd. They put on a stellar set that made me regret not seeing one of their shows earlier.

A photo montage of recently deceased human rights leader Nelson Mandela was displayed on the screens and scoreboard above the crowd. Accompanying the photos was an audio clip of the speech he gave at his trial in 1962 in which he was convicted of conspiracy to overthrow the state, and sentenced to life imprisonment.

Songwriter / rapper Lauryn Hill gave a somewhat lengthy performance that included her 1996 hit song with The Fugees, "Ready Or Not." Her singing and speedy rapping was mixed with tribal drumbeats that the audience clearly enjoyed.

A Ukranian activist by the name of Dimitry took the stage and shared a few words before introducing political activist and Live Aid organizer Bob Geldof to the crowd. The only knowledge I had of him was from seeing Pink Floyd's 1982 movie, The Wall, where Bob played the lead role. He took a few minutes to talk to the crowd before dedicating his performance to American folk musician Pete Seeger (who recently passed away). The lyrics were heartfelt and politically charged, and the music was a steady beat of rock and roll mixed with an Irish flavor.

A board member of Amnesty International came out to briefly thank the crowd for attending before introducing indie rock due Tegan and Sara. They also had an impressive amount of fans in the crowd that stood up and sang along to every song. The music was a combination of dance / piano chords / electro pop that flowed together for an enjoyable performance.

Anticipation was building all night for the headliners. When The Flaming Lips were introduced, the crowd that was still there erupted with applause. Yoko Ono took the vocal duties on the first song and pumped up the crowd by running around on the stage and displaying her rather unique singing style.

After the song, she left the stage and Wayne Coyne led the band through a mellow version of the Beatles' classic "Lucy In The Sky With Diamonds" that ended with confetti being shot out into the crowd. The group finished with their 2002 fan favorite, "Do You Realize." Once again, those that had stuck around were standing and singing along.

The night ended with the nights' guest speakers and previous performers taking the stage and singing along to the inspirational Bob Dylan song "I Shall Be Released." By this time it was well after midnight, and some were exiting the arena. Many of us stayed to join our brothers and sisters in singing the song.

The Fray "How To Save A Life"

Pussy Riot with introduction from Madonna 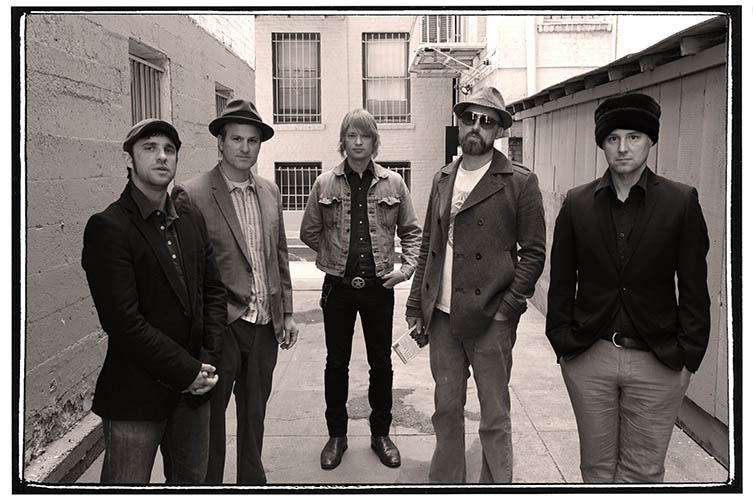 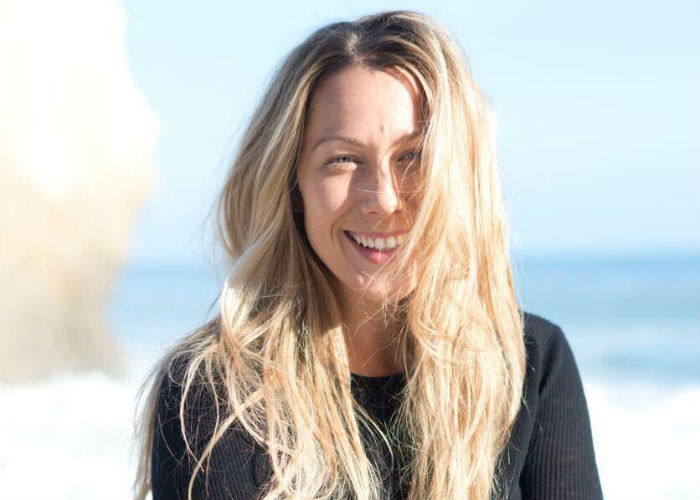 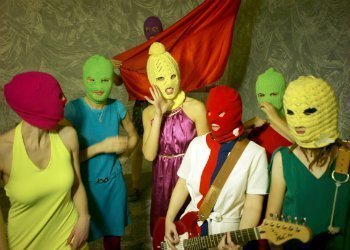 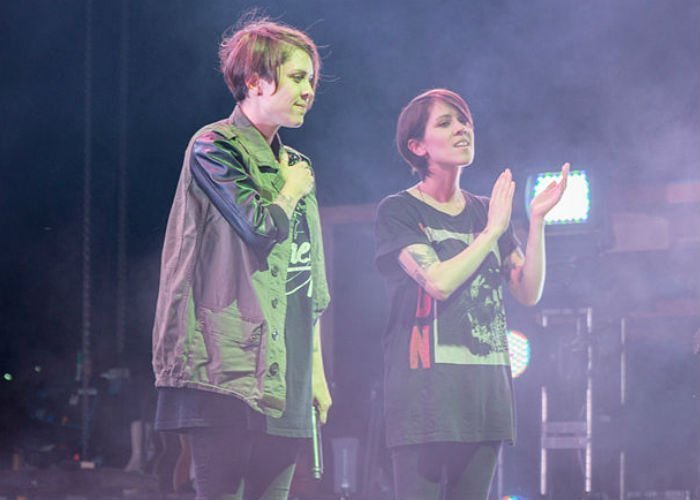 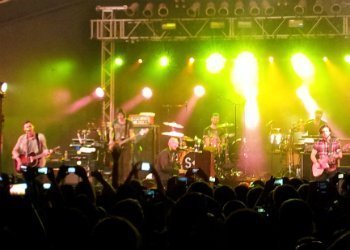 The Fray
Powered By 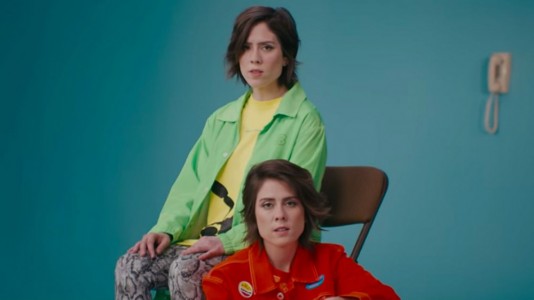