"Out Among The Stars" - Johnny Cash [Official Album Stream]

Johnny Cash's lost "Countrypolitan" record, Out Among The Stars, has been languishing in a vault for 30+ years, sitting abandoned for 20 years prior to his death, but now it's been rediscovered, remastered, and will be available for the first time. The album is out today, March 25th, and you can stream the whole thing above for free.

Cash's son, John Carter Cash, wrote an introduction and a track-by-track recap of the record for The Guardian. He introduced the album, saying:

My parents kept everything and through the years they packed away their recordings and various things into a storage vault. After they passed away, it became necessary that we go through these things. This record, Out Among the Stars, was one of the treasures that we discovered after they passed. What a blessing to find this music. Dad recorded this record with Billy Sherrill, the veteran producer, back in 1984 and 81, mostly in 84. At that point in my life, my dad, well he’d been through some struggles in the early 80s. He had fallen back into drug addiction and in late 83, he went through recovery. So, we catch Dad here at a point in his life, when he was true, when he was aware, when his voice was perfect – when he was headed in a spiritual direction that was positive and meaningful for him. This music resonates in so many ways to my spirit. It’s not just about the perfect voice; it’s a memory to me of who my dad was at the time. And what a blessing to come face to face with that and remember that now and I feel like I’m with him again when I hear these recordings.

"They loved this song. To me, it is as powerful as Jackson. What a beautiful blessing to have this music and to sit there and listen to my parents’ energy and spirit as if they were in the very room."

The mood shifts with the previously heard and remixed "She Used To Love Me A Lot." It's a melancholy tune, but the song is an album standout. The lustrous nature of the Nashville sound is present, but Cash's passionate voice leads the way, acting as a precursor to the highly-emotional American albums he'd later record with Rick Rubin. "After All" is another somewhat sad song, although this time lightened with a glimmer of hope, with genre-defying melodies and instrumentation. Says Carter Cash:

""After All" is not a typical song for Johnny Cash. It’s not something he would normally sing. The vocal range is extensive. The spirit of the music is something like from another genre, something that he doesn’t go to."

The spirited Waylon Jennings duet "I'm Movin' On" follows. The Hank Snow cover was recorded live and acts as a true demonstration of two country legends having fun just jamming out. "If I Told You Who It Was" is a fun, goofy story song, leading into "Call Your Mother," a track full of heartbreak and family values.

"I Drove Her Out Of My Mind" is another break-up song, but there's a dark and hilarious side to this one. The classic Johnny Cash black humor is in full force, telling a tale about a murder-suicide like nobody else could. "She's dressed to kill, and so am I," he sings, before his maniacal laughter fades out into "Tennessee," a more serious, patriotic track dedicated to his home state.

The album is rounded out by the rockabilly-tinged "Rock And Roll Shoes" and the second heartwarming June Carter duet, "Don't You Think It's Come Our Time." Out Among The Stars closes with "I Came To Believe," a track he wrote in rehab in 1983 and which he re-recorded with Rick Rubin before his death in 2003. John Carter Cash sums it up:

"To him it was him giving his whole life and spirit over to God. This song is very personal and very true. Although he recorded it later in his life with, Rick Rubin, this original recording of the song is the first time that he ever recorded it. What a blessing to have this and to hear his voice strong and true."

In all, Out Among The Stars acts as a portrait of American country music at the time. Without question, there will be some naysayers about this record, noting that it sounds unlike anything Cash ever did, but a critical listen will reveal more than the pristine "urban cowboy" production. This record is a piece of Cash's legacy, providing insight into the development of Cash's songwriting, his relationships, and the music that would follow. His voice was as strong as it ever was during these sessions, and in spite of tumultuous years before and after, the record acts as an important slice of both country music and American history.

. You can read John Carter Cash's full track-by-track at The Guardian. 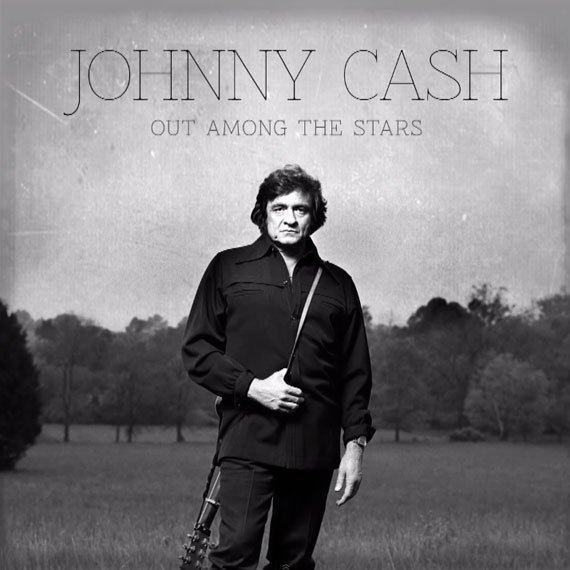