"Angel Duster" - Run The Jewels & TV On The Radio on The Late Show with Stephen Colbert Sep 15, 2015 [YouTube Official Video]

On last night's Late Show with Stephen Colbert, Run The Jewels and TV On The Radio teamed up for a performance of "Angel Duster" from RTJ2 that also featured a string section. Watch above, via Colbert's official YouTube.

This is the second hip hop performance on Colbert, following Kendrick Lamar's To Pimp A Butterfly medley last week. Both performances are similar in their hard hitting, dark perspectives on life and society, as well as underground approaches to music that sound miles apart from what you'd expect from a radio hit. TV On The Radio are one of the most well respected indie rock bands of all time, and they help breathe life into the tune while staying pretty true to the studio album version.

At the end of the performance, El-P shouts out Desiree Zondag and Ikey Owens as their pictures were shown on a screen behind the band. Rolling Stone explains:

Owens, Jack White's touring keyboardist who appeared on the Run the Jewels 2 version of "Angel Duster," died of a heart attack in Mexico while touring with White in October 2014. "Angel Duster" was one of his last recorded performances.

Check out Run The Jewels tour dates and last year's incredible performance of "Early" on The Late Show with David Letterman.

Run The Jewels 2 is available on Amazon. You can also stream it and read our review here on Zumic. 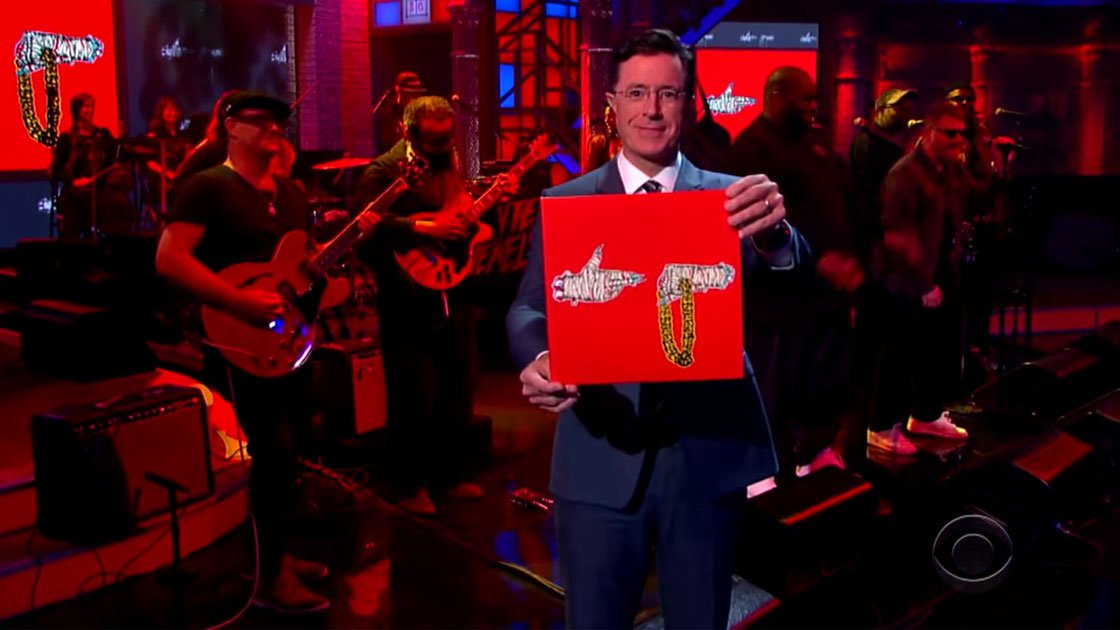 Lorde Unveils 2018 Tour Dates for North America: Ticket Presale C...
Tickets Pop Lorde Mitski Run The Jewels Tove Styrke Canada United States
2
1192
Back to top
You must be logged in to upvote things.
Registration and login will only work if you allow cookies. Please check your settings and try again.