Anthrax's Charlie Benante Sounds Off on Gun Laws, 30+ Years of Thrash, and Upcoming Album 'For All Kings' [Zumic Interview] 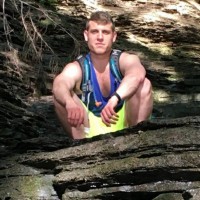 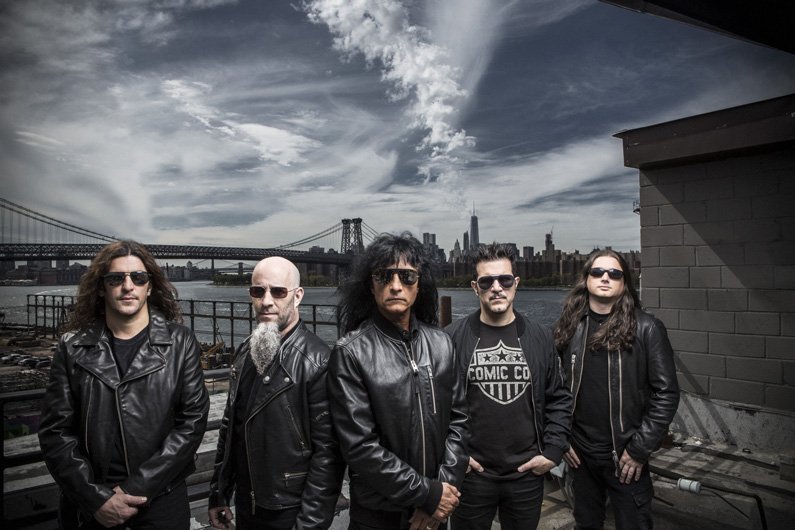 "Drumming is the musical expression of… primal power,” Layne Redmond once said. The famed drummer went on to add, “Rhythm is a means of organizing sound into specific energy formulas to harmonize the mind and body. Chanting, rhythmic breathing and drumming form an ancient technology for directly synchronizing the mind/body complex, creating conditions for psychological and physical healing.”

No drummer knows more about physical healing than Anthrax’s Charlie Benante. Behind the kit for every one of Anthrax’s albums, the Bronx-born drummer found himself battling a chronic case of carpal tunnel syndrome, which forced him on to the rock & roll sidelines. While healing, Benante composed over twenty songs which helped fuel the writing process for the legendary metal band’s eleventh album, For All Kings, set to be released on February 26, 2016.

A melodic, heavy and adrenalized affair, For All Kings marks the band’s 35 year anniversary. Having heard an advance copy, I can say it is a vital and dynamic album that leaves no doubt that Anthrax remain on the top of their game. So far, they've released one single from the album: "Evil Twin." The band also have 2016 tour dates planned with Lamb of God, Deafheaven, and Power Trip.

We got a chance to sit down with Charlie Benante to talk about semi-automatic weapons, internet trolls, and The Rolling Stones.

Mark Abell: You pioneered double-bass drumming — what impact do you believe you had on the metal genre?

Charlie Benante: I didn't pioneer double-bass. We took double-bass to another level. There's drummers I grew up listening to, and I mimicked them.

MA: What’s changed and what’s the same about you since you started back in the ‘80s?

CB: The thing that is the same is my love and seriousness towards music. The only thing that has changed is the way our music is packaged and how our fans get it.

MA: Who would you say are some of the most underrated drummers of all time?

CB: Neil Peart of Rush and Dave Grohl of the Foo Fighters.

MA: You are pissed off a lot about a lot of topics on your new album, including religious bigotry. What are some of the things you would like to see changed in America?

CB: Stricter gun laws — I don't understand why people need to have a semi-automatic weapon that can hold an arsenal of bullets. Why do people feel that they still need that? It bothers me.

MA: There's a popular theory that a person needs 10,000 hours to be truly great at something — do you agree?

MA: Your album 20 Years of Dysfunction — how would you say that relates to some of your personal experiences over the years?

CB: We're dysfunctional, and have been for over 20 years.

MA: You had to leave tour early to go home and heal from carpal tunnel, and you did end up producing a prodigious amount of album content. Was it disappointing for you to cut the tour short? Was that hard?

CB: I don't want to be out there playing at 50% of my potential. I fought carpal tunnel for years. Mentally and physically it was fucking with me to the point where I couldn't even feel the stick in my hand, which was completely numb. I couldn't do it anymore. I had to go get help.

MA: You ended up producing a lot more songs in a shorter period than usual.

CB: I set a goal to write as many songs as I possibly could. That was my goal — to write 20 songs. That was the thing I wanted to happen and the thing I made happen. That’s the way it was flowing and coming — I'm extremely happy.

MA: I was just at a GWAR show and they made fun of Tinder and Instagram, and then in a Decibel interview with Ghost, they were making fun of people who work at desks all day. What are some of your beefs? What are some of the things you like to make fun of?

CB: You gotta make fun of yourself. I would like to expose the Blabbermouth commentators and have full disclosure of who they are so that we can comment on them. They are pretty hateful about what they say — I think the tables should be reversed. They sit behind a computer and think they can say anything they want. (Laughs)

MA: Adele has been really successful recently. Does her success make you think that artists have more control than the last ten years of digital music domination has led us to believe?

CB: She is going to be moving a lot of units, so a lot of people are going to be kissing her ass to do what she wants. She is in a better position than some band that sells 5,000 downloads. I appreciate what she and Taylor Swift did — they are thinking what I'm thinking. I'm not heard like they're heard. For Swift to say, "Fuck this, we're not doing it this way.” I want my fans to have a physical piece of music in their hand. I respect that — that's what I want.

MA: A lot of people are saying things like, "You can't make money in music anymore" — do you agree with that?

CB: No, things need to be changed. There needs to be a new business model because as long as there's streaming services, that takes away from the sales of the artist. I also think some bands are responsible for this, too. When an artist gives you a record for free, it devalues music. If you want to give it to your fans for free, give it to them for free, but don't give it to the world for free.

MA: In one of your interviews you revealed that you have some positive things to say about bands as varied as Mumford & Sons and Ghost.

CB: Mumford & Sons and Ghost — those are bands that could have been around in the '80s and '90s and they would be here today.

MA: What is it about Ghost that gives them long term appeal?

CB: Ghost have good songs and this image. Even if you just saw a picture, you would be intrigued to hear what they sounded like. I equate it to KISS — even if you never heard a KISS song, you saw these pictures of them and think What the fuck is going on there? I need to know this!

MA: How would you describe your new album, For All Kings, in a couple of sentences?

CB: The new album is a throwback to the future. There's all the elements of the music you once loved by us but it's been taken into the modern world. The new material that is coming out sounds as fresh as what we were putting out in 1986.

MA: Do you think that Anthrax is reaching much of a young audience?

CB: We are reaching a young audience which is very inspiring. People who weren't even born when our first records came out are getting our albums. The youth of America wants to thrash again, so let's go!

MA: There are a lot of actors who don't watch their own films. Do you find that you can listen to your own albums?

CB: I had to revisit Spreading The Disease recently because I was working on this reissue. I quite enjoyed it — it took me back to a time when I was much younger. It was fun to hear.

MA: What is it about Frank Bello that makes him such a great bass player?

CB: It's amazing what he can do with four strings. He's light years ahead of a lot of the bass players I once looked up to.

CB: No, I hate playing live. If I could just sit back in the dressing room and play back there, I would be very happy.

CB: I have stage fright!

CB: It never ends. I always get too nervous to go out there.

MA: Did you think Anthrax would be around after all these years?

CB: No. But did I think The Stones would be around 50 years later? No. Keith Richards said the greatest thing one time about people asking if the Stones were too old and when they were going to call it a day. He said, “Why don't you say this to those jazz and blues cats who are in their 60s? You don't say it to them. You say it to us.”

For All Kings is now available for pre-order on Anthrax.com. 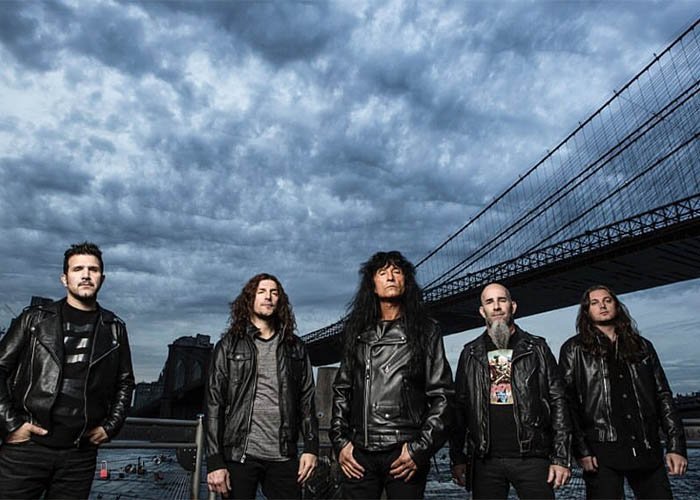 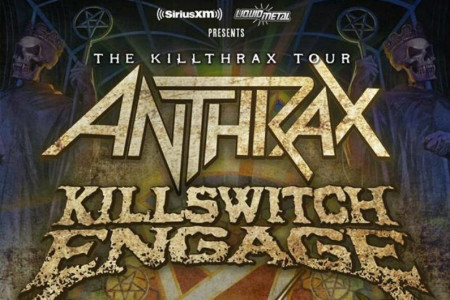 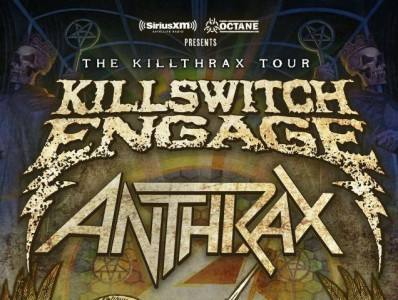 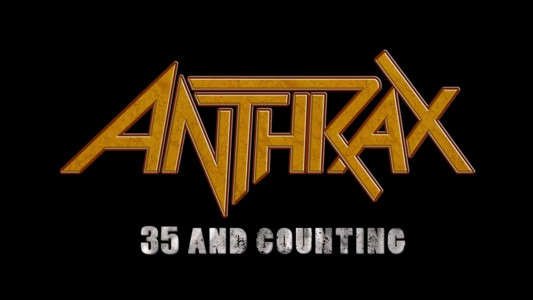 Anthrax Celebrates 35th Anniversary with "Antisocial" Performance...
Music Metal Speed Metal / Thrash Anthrax Live Performance (Video) New York, NY
1
698
Back to top
You must be logged in to upvote things.
Registration and login will only work if you allow cookies. Please check your settings and try again.