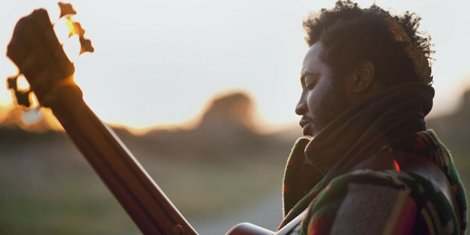 Stephen "Thundercat" Bruner will be releasing his second solo album, Apocalypse, on June 4. Thundercat has worked with Suicidal Tendencies, Erykah Badu, Flying Lotus, Sa-Ra, and others, but his second solo album shows his flexibility and skill as both a bassist and singer. Apocalypse, produced by Flying Lotus and Mono/Poly, is both a funky party album as well as a deep, emotional one. Written shortly after the death of his friend, pianist Austin Peralta, some songs, such as "Heartbreaks + Setbacks" will get you listening to the lyrics, while "Oh Shiet It's X" will bring back the old 70s funk and get you moving. Stream the entire album on NPR now, and get it on iTunes when it's released on June 4.

Anderson .Paak Extends 2019 Tour Dates: Ticket Presale Code & On-...
Tickets Hip Hop Anderson .Paak & The Free Nationals Earl Sweatshirt Jessie Reyez Mac DeMarco Noname Thundercat
3
6419
Back to top
You must be logged in to upvote.
Registration and login will only work if you allow cookies. Please check your settings and try again.