Arcade Fire, masquerading under the moniker of The Reflektors, played several new songs at their much anticipated, sold out Brooklyn warehouse show on October 19th. Among the new tracks, fans have uploaded performances of four, "It's Never Over," "Joan of Arc," "Normal Person," and "Supersymmetry." These are all set to appear on their upcoming album Reflektor, due out October 28th.

Give the rest of the songs a listen below, and pre-order the album from Arcade Fire's website. 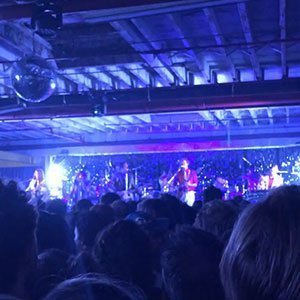