The Artic Monkeys just released two videos on their YouTube page from the KROQ Red Bull Sound Space that were filmed on October 1st, 2013. You can watch them below.

"Do I Really Wanna Know?" by Arctic Monkeys:

"R U Mine?" by Arctic Monkeys:

This is the first tour that the band has played in support of the AM album, and you can see that they're still feeling out the material. The band is incredibly tight, and extremely focused as they are mainly watching their hands on their instruments trying to nail every note perfectly.

Alex Turner plays a 12-string Vox teardrop guitar on "Do I Really Wanna Know?" which is unusual for a hard rock song, but totally fits with the deep dark harmonic vibe of the song. On the second song, Turner plays a Gretsch guitar with a Bigsby tremolo. The man has good taste.

Before the music, the band participated in a Q&A session for the KROQ radio station in Los Angeles. Frontman Alex Turner plays the part of rock and roller, saying that it's the earliest that the band have ever been awake, playing off the late night theme of their latest album, AM. There's also some discussion of working with Queens of the Stone Age's Josh Homme and recording in the California desert.

After talking with KROQ's Stryker, Turner takes questions from the audience and reveals that one of his favorite albums is Run Come Save Me by Roots Minuva which was a big lyrical influence on him. The fans have some really interesting questions like "What inspired you to become a musician and what's your favorite place to perform?", "How did you feel about the Breaking Bad finale?" and "What's your favorite thing to do here in LA?" which can seem a little slow watching the video, but it's a charming intimate session that must have been very cool for the superfans to connect with the musical genius. Check it out: 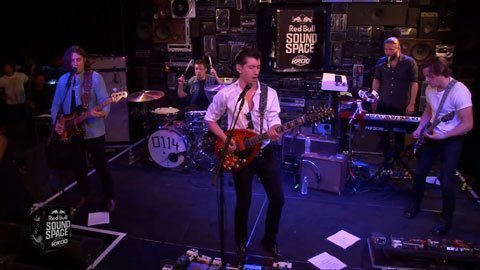 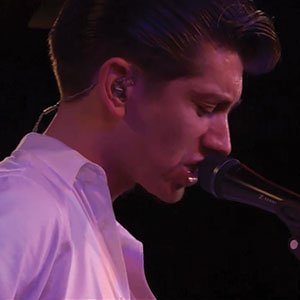 Arctic Monkeys Add 2018 Tour Dates: Ticket Presale Code & On-Sale...
Tickets Garage Rock Psychedelic Rock Rock Arctic Monkeys
4
7213
Back to top
You must be logged in to upvote.
Registration and login will only work if you allow cookies. Please check your settings and try again.