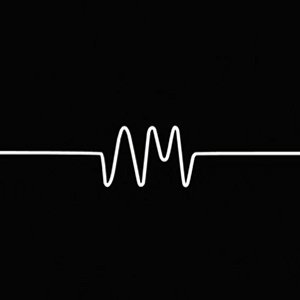 Half of the British indie rock band Arctic Monkeys were on WNYC's Soundcheck to answer a few questions and play a few acoustic songs. Lead singer Alex Turner and drummer Matt Helders opened the radio show with a performance of "Do I Wanna Know?" and talked a bit about their new album, AM, which they explained, does really stand for "Arctic Monkeys," and nothing sneaky.

After a bit more talking, they performed "Mad Sounds," which works quite well as an acoustic song. After which, they played another song, "Suck It and See," which as the host says, has "sing-a-long written all over it." In the ensuing interview, Helder reveals that this show was his first acoustic set, but you wouldn't have guessed from the flawless performances. The bandmates also talk about how the songs aren't written on acoustic guitars, so they find it interesting to perform them in a different way.

Listen to the full interview to learn a bit more about Arctic Monkeys and hear some sweet acoustic jams.

You can pre-order AM on iTunes now. It will be released on September 10.

Arctic Monkeys Add 2018 Tour Dates: Ticket Presale Code & On-Sale...
Tickets Garage Rock Psychedelic Rock Rock Arctic Monkeys
4
6871
Back to top
You must be logged in to upvote things.
Registration and login will only work if you allow cookies. Please check your settings and try again.