White Denim have just shared the video for "At Night In Dreams," a song taken from their 2013 album, Corsicana Lemonade. It's a trippy, very strange affair -- watch above.

In front of a swirling, psychedelic backdrop, silhouettes of cowboys spin like lifeless manikins before
revealing themselves to be creepy cartoon characters that dance awkwardly along with the music. Director Brian K. Jones definitely succeeded in making something unsettling and somewhat terrifying, so hopefully that was his goal with this "At Night In Dreams" clip.

Stream Corsicana Lemonade right here on Zumic, and head over to White Denim's Zumic artist page for more of their songs, videos and news. 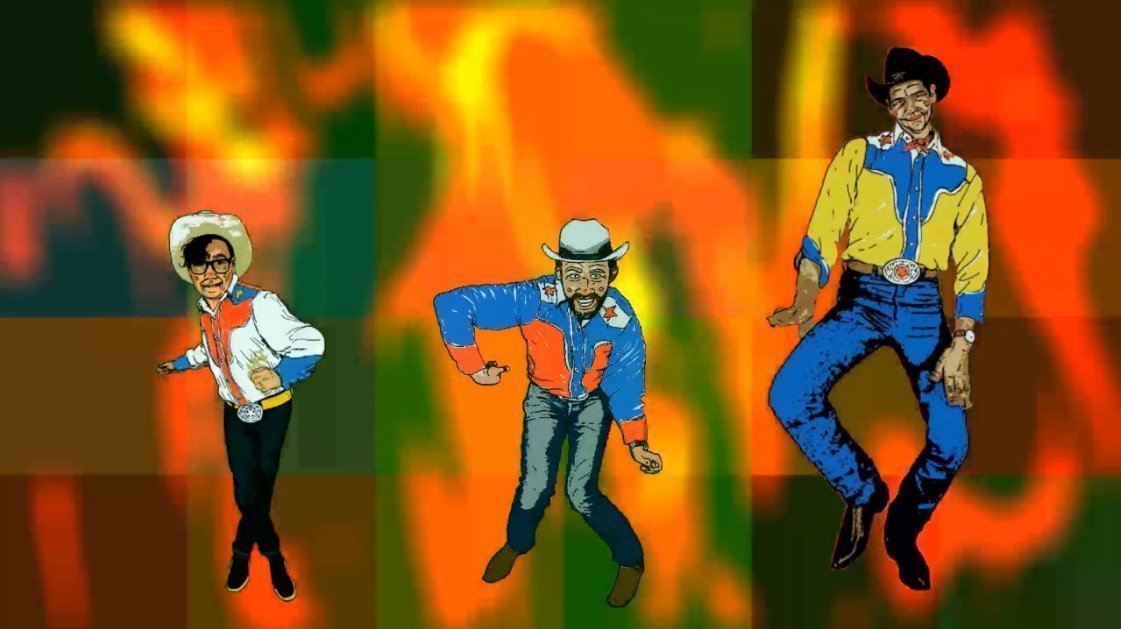