On the heels of their Fuji Rock Performance, Thom Yorke's solo project Atoms for Peace have revealed details about 3 upcoming live DJ shows in London, Berlin, and New York.

Of course, they are playing small venues and they all sold out immediately.  Hopefully they do a web stream so us common folk can enjoy their lovely music.  10pm to 4am?  We're down with a late night party, but hopefully that doesn't mean people are waiting until 2am for the actual set to start. 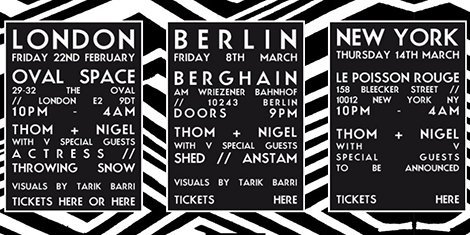