FIDLAR just released this pro-shot live video for "Awkward," a track from their 7" split with The Orwells. They released the official audio a while ago, but the live version adds a degree of raw fury that's hard to capture outside a punk rock show.

Check out the performance of "Awkward" above. They go on tour in a couple weeks, so go to their official website to find out when they're playing in your town.

Oh, also go watch this video they made with Nick Offerman pissing all over everything. 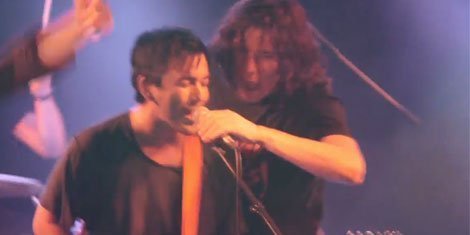 "Are You High?"
FIDLAR (YouTube)
Music Garage Rock FIDLAR Official Music Video
4
1055
Back to top
You must be logged in to upvote things.
Registration and login will only work if you allow cookies. Please check your settings and try again.