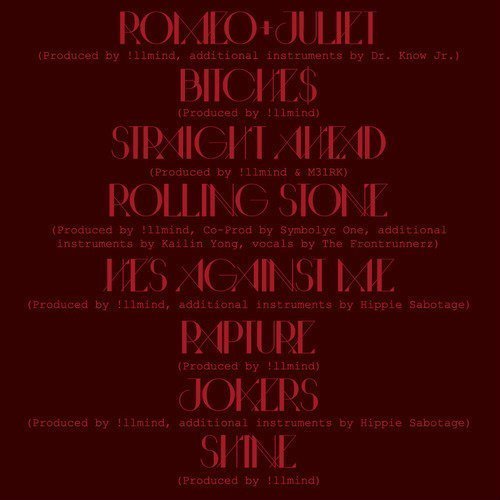 Super-producer !llmind dropped a glorified beat tape today on his website called "B.F.K.W." or "Beats For Kanye West", as the artwork would suggest. I could go into the reasons why !llmind made the tape or I could let the man speak for himself. This is what he had to say on his website:

“Kanye West is undoubtedly one of the most exciting producer/artists to emerge in the last decade. His music is one of the few I can safely say I whole-heartedly admire (next to the late great J. Dilla). I had the pleasure of producing “The Morning” off of 2012’s highly anticipated “Kanye West Presents: G.O.O.D. Music Cruel Summer” LP. During the creation of that song, and between the months of July 2012 - March 2013, I created a handful of tracks with Kanye West in mind. This is a collection of some of that music. It features collaborations and co-production from my long time friend Symbolyc One (Produced Kanye West’s “Power”, “Murder 2 Excellence” on Watch The Throne & part of Kanye’s “Very G.O.O.D. Beats” entity), Dr. Know Jr., M31RK, Hippie Sabotage, Kailiin Yong &The Frontrunnerz. I had so much fun creating this stuff, and I hope you enjoy it just as much as I do.” - !llmind

While I don't know if Yeezy will actually use any of these beats, I do know that he should. They all bang out.