Norweigan singer-songwriter Sondre Lerche spent 2013 recording the score of the movie, The Sleepwalker. Now in 2014, he has recorded a new album, due out this fall, called Please. Listen to the first single, "Bad Law," above.

A theme throughout the record is his recent divorce. While one might expect something melancholy from a post-break up album, "Bad Law" initially might come as a surprise. It immediately opens with bouncy, disco-influenced beats and an upbeat vocal. It's clearly made for dancing the night away in a club, possibly to forget your troubles. However, there are parts of the song where some emotions just blast out. In between all the brightness, Lerche scatters some aggressive, out of control noise throughout the song. This provides the listener an opportunity to go wild and have fun, but sneaks in some quick moments of anger in case they might just want to punch a wall or scream at the top of their lungs.

Lerche spoke about "Bad Law" in a statement:

"Bad Law" came charged with this urge to play a simple song that would allow people (and myself, I suppose) to ventilate anger and frustration, to get happy, dance like idiots and ultimately feel a little better, despite everything going to shit. I hope people lose it to this song.

For more information on Sondre Lerche, including news, music and tour dates check out his website.

En route to my cell I retraced every step
and found a way to redact and retell my story
No evidence and no witness to summon or finesse
I confess, it all sounds unlikely

A sweaty, paranoid palm pressed against a leathered wall
The law in all its flaws, me in an oversized overall 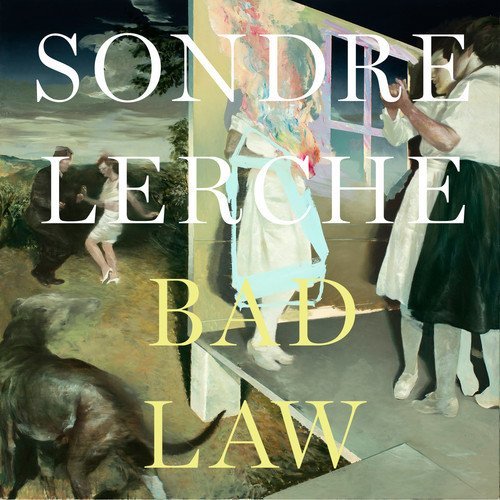