"Who says you can't have two videos for a song that show two completely different perspectives? Not us."

The Pixies' Black Francis told Rolling Stone they didn't intend to have two music videos for "Bagboy," but once they saw both of the videos, "we knew we didn't want to use just one." Considering the fact that "Bagboy" is the first new pixies song in 9 years, we're not upset by that decision.

The new video, not unlike the first, is a dark interpretation of the tune. This one, however, is based on a piece of artwork by Vaughan Oliver called Bagboy and features nightmarish, mostly black and white animation spliced with old film clips.

Francis says of both videos: "They're so good, so creative, and each in its own way, and both made by up-and-coming filmmakers."

Check out the new one above and the first one right here. 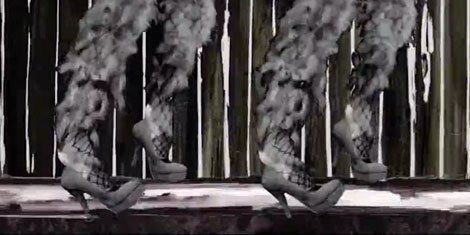