Green Day have shared a music video for "Bang Bang," the lead single from their upcoming album, Revolution Radio. Watch the video above, courtesy of the band's YouTube.

This is the band's first new music since 2012 (aside from last year's holiday jam "Xmas Time of the Year”), and serves as the first single to the group's upcoming album Revolution Radio — scheduled to be released on October 7, 2016.

Frontman Billie Joe Armstrong spoke with Rolling Stone about the song's meaning and why he chose to write something from the view of a mass shooter:

It's about the culture of mass shooting that happens in America mixed with narcissistic social media. There's this sort of rage happening, but it's also now being filmed and we all have ourselves under surveillance. To me, that is so twisted. To get into the brain of someone like that was freaky. It freaked me out. After I wrote it, all I wanted to do was get that out of my brain because it just freaked me out.

Directed by Rancid's Tim Armstrong, the action-packed video shows three costumed people dressed as the band and robbing a bank. When they get away with the loot, they swing by a rocking house party where Green Day is playing.

Pick up Revolution Radio on Amazon. 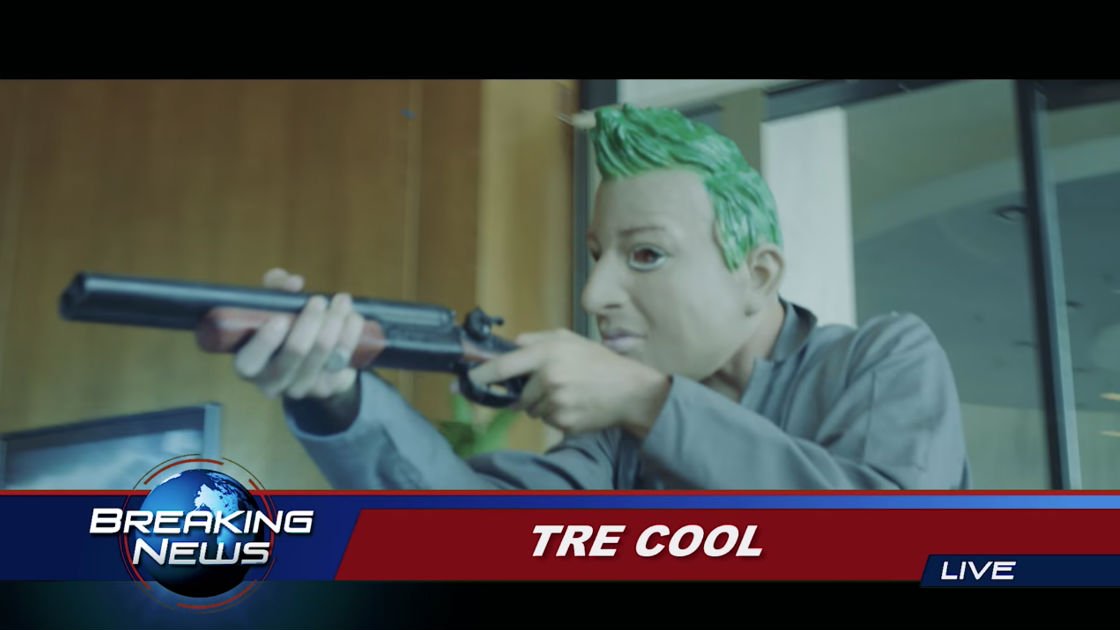