With his new album, 2014 Forest Hills Drive, recently released, rapper J. Cole promoted the project on Late Night with David Letterman by performing his touching Michael Brown tribute, "Be Free." J. Cole has been showing his activism lately. First he travels to Ferguson to speak to its citizens regarding the death of Brown and now he performs this socially conscious tribute instead of the other crowd pleasers on the album like "G.O.M.D." In the performance, he adds a rap verse to the song. Watch above as J. Cole expresses his opinion on the social unrest in urban communities. 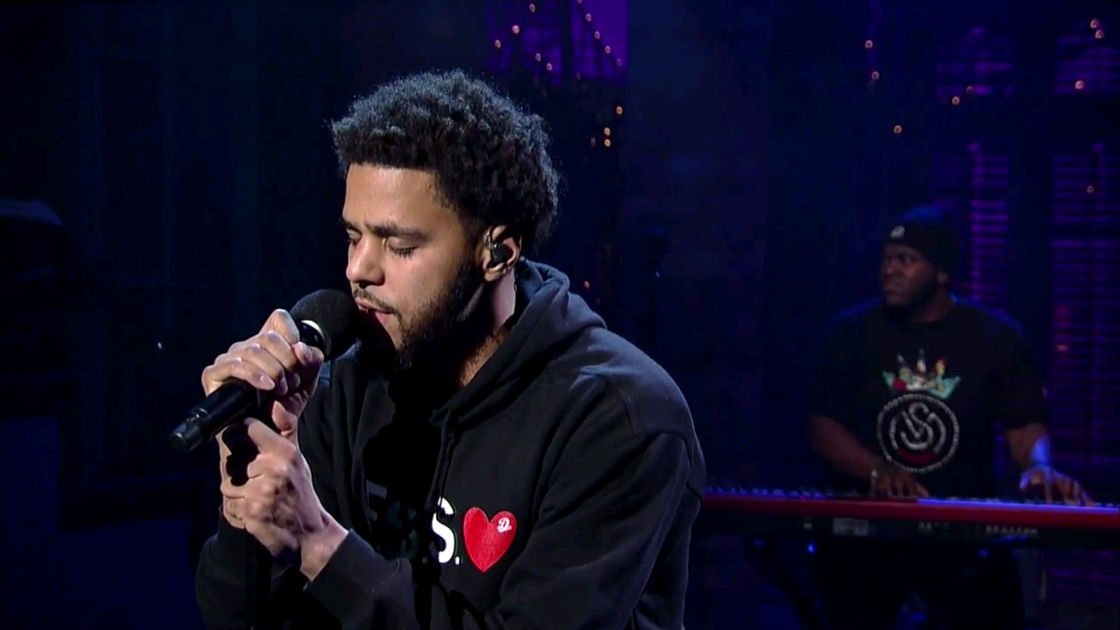