Just two days ago, Kings Of Leon played at BBC Radio 1's Live Lounge. In addition to a cover of Robyn's "Dancing On My Own," the band played a brand new song from their upcoming album, Mechanical Bull. "Beautiful War" is a mid-tempo, bluesy song with a rolling drum and raw guitars. It's a moving song, topped off with soulful, soaring vocals. You can listen to the performance above. Following a brief interview, the song begins at about 2:40.

Earlier this summer, frontman Caleb Followill told BBC's Zane Lowe that he wrote "Beautiful War" the same weekend he wrote the band's hit, "Use Somebody," off their last album. He admits that he was drunk at the time, and doesn't remember coming up with the song. Originally known as "What Is This," they ended up changing it a bit, adjusting the tempo and trying to give it a more "driving, kind of Motown" sound. It was the first song they recorded for their new record.

Along with singles "Supersoaker" and "Wait For Me," "Beautiful War" will appear on Kings Of Leon's upcoming sixth album, Mechanical Bull. It will be released on September 24th, but you can pre-order it on iTunes now. 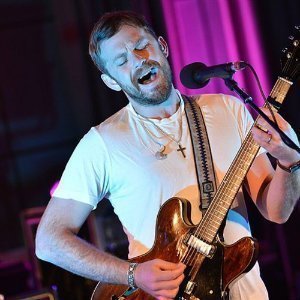