Last week, Jimmy Fallon started his stint as the host of The Tonight Show and took The Roots with him. Have you ever wonder what the day in the life of a late night band leader is like? Okayplayer TV had the chance to follow Questlove to document his daily routine on the first day of his new gig.

The first video shows Questlove's morning routine. He starts his days in the boxing ring with a personal trainer. As a drummer who sits all day, Questlove has to stay fit.

Then, the film crew follows him up to his penthouse apartment, where Questlove gives a tour in the style of MTV cribs. He even jokingly introduced his bedroom as "where the magic happens." He showed off his view of the Freedom Tower and his extensive sneaker and T-shirt collection.

To get to work, Questlove has a personal driver take him to The Tonight Show studio. The short car ride is his only time he gets for himself, stating, "The second I get out of the car, the madness starts."

The Roots Practicing In The Tonight Show Studio

In the second video, Questlove walks the film crew though 30 Rockefeller Plaza and into the band's practice space. During their practice session, when Questlove hears a note he doesn't like, he corrects his bandmates by singing the correct one.

Immediately before walking out on stage, Questlove talks about the three portraits on his wall of performers he considers the three greats. The three greats include Michael Jackson, Prince and his late friend J Dilla. Then, Questlove finally takes the stage and even performed the song "Ordinary Love" with the show's first musical guest, U2. The performance can be seen here at Zumic.

In Questlove interview after the performance, he acknowledges that the show ran smoothly, he admits, "I think it's bad luck to relish in those moments because right now I'm thinking about show 300 and show 583...but, you know, I'm satisfied." Check out both videos above.

For more news and music, check out The Roots' Zumic artist page. 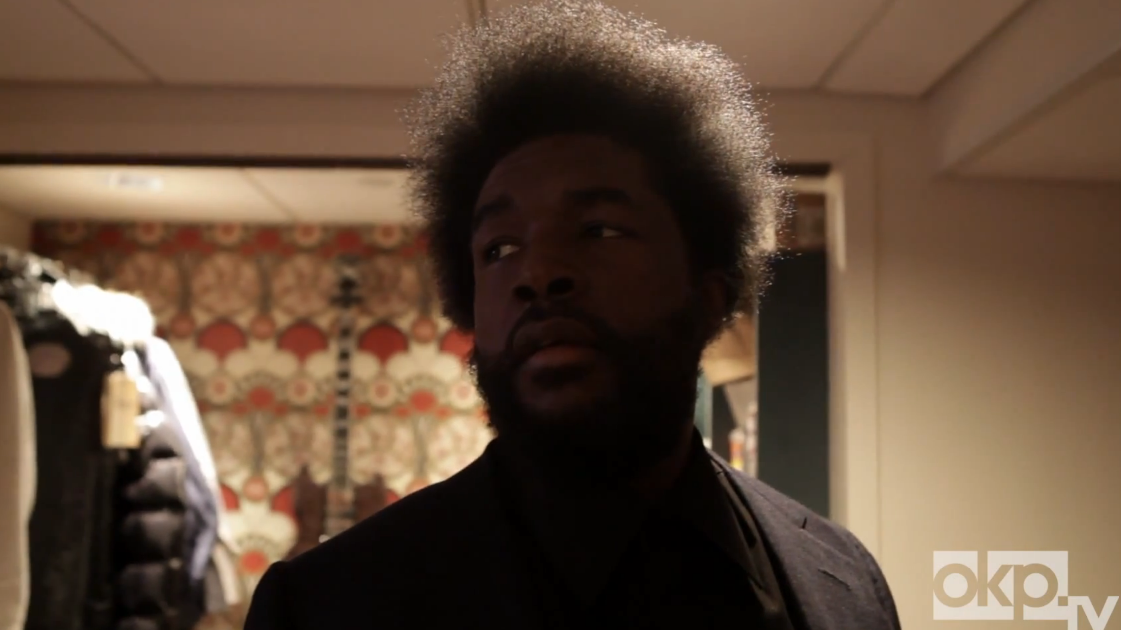