"Belong To The World" - The Weeknd [Official Music Video]

Last month we posted the title track for The Weeknd's upcoming album Kiss Land. Today, we have the official music video for his newly released track "Belong To The World," which will also be on the R&B singer's sophomore album.

"Belong To The World" is set in a futuristic place that looks like we imagine the world of 1984 would but, you know, with more music and dancing. In traditional Weeknd style the video is dark, set at night, when most trysts occur, lit with soft, colored lights, and decorated with tightly entwined bodies.

In a very rare interview, Abel Tesfaye, aka The Weeknd, talked with Complex Magazine about the new song:

Complex: "On 'Belong to the World,' it sounds like you may have had a serious relationship.

Tesfaye: 'Belong to the World' is about falling in love with the wrong person. There are some songs where I talk about the same person, but I like to make every song about someone else. Thursday is a conceptual album. Whatever that situation was, I spent the whole album focusing on that situation."

We wonder what kind of "wrong person" entered Tesfaye's life to inspire "Belong To The World." We don't know how anyone could do the honey-voiced singer wrong, but if this is the result, we're kind of happy that they did.

Kiss Land is tentatively set to be released on August 27th, just a week before the start of The Weeknd's fall tour. 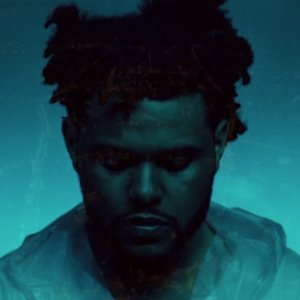 "Heartless"
The Weeknd (YouTube)
Music Pop R&B Illangelo Metro Boomin The Weeknd Official Music Video
4
1820
Back to top
You must be logged in to upvote things.
Registration and login will only work if you allow cookies. Please check your settings and try again.