Last night, AMC aired a teaser for the new Breaking Bad spinoff, Better Call Saul, as a music video for "Better Call Saul: The Song." It's performed by country musician Junior Brown and the lyrics were written by the show's creators Vince Gilligan and Peter Gould. Watch it above.

The song is a hilarious advertisement for the show's protagonist, Saul Goodman, a scheming, sleazy criminal defense lawyer. The lyrics suggest that if you are caught driving drunk, shoplifting from a Walmart, spray-painting the name of your girlfriend on an overpass, or possibly killing your husband, Saul will represent you and keep you out of prison. It has an instantly catchy chorus, "Saul, Saul, you better call Saul / He’ll fight for your rights when your back's to the wall / Stick it to the man, justice for all /You better call Saul," that succinctly summarizes Saul's mission statement.

The video also contains sneak peeks from upcoming episodes of the series, which is set to premiere in February 2015. You can watch more teasers for Better Call Saul on the AMC website. 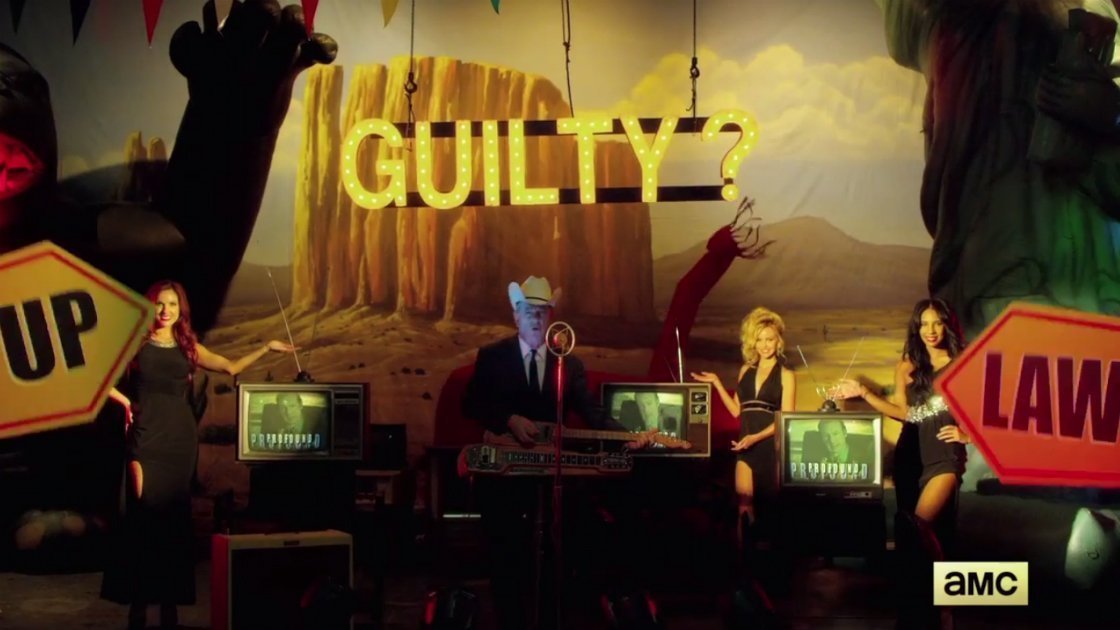