New York's WFUV public radio station has released the videos of an intimate live set from Edward Sharpe & The Magnetic Zeros, which included the songs "They Were Wrong," "Better Days" and "Life Is Hard." All three songs appeared on their latest album, a self-titled record which they released in July. As usual, the band brought a smorgasbord of instruments with them, including guitars, trumpet, accordion, and piano. These songs find the band in a melancholy mood, but their performance is top notch, especially with Alex Ebert's throaty drawl balanced by Jade Castrinos's rich, lush vocals. Don't miss these exclusive performances.

WFUV's Carmel Holt also interviewed Alex and Jade about the band's latest album. Clocking in at over half an hour, the interview contains a wealth of information about the album and the inspirations behind it, in addition to the audio for the three songs. Check that out below: 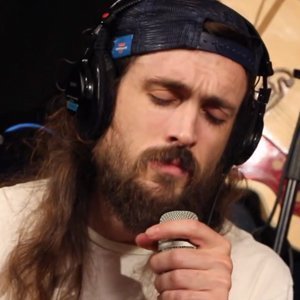