Edward Sharpe and the Magnetic Zeros played "Better Days", "They Were Wrong" and "Man on Fire" backstage as a part of the HayBale Sessions at Bonnaroo.

The first two songs "Better Days" and "They Were Wrong" are from their new self-titled album, which drops July 23rd. This is the first time outside of live performances that we've heard "They Were Wrong", which is a dark stand-up bass driven song similar to some of the sounds we heard on their last album Here.

For the amount of time they actually spent cutting and mixing the songs, it sounds crisp, clean and powerful. The Haybale Sessions captures bands from a minimal aspect creating a more passionate and raw experience for listeners.

Exclusive performance of "Better Days," "They We're Wrong" and "Man on Fire" by Edward Sharpe and the Magnetic Zeros. Filmed, cut and mixed live backstage at Bonnaroo 2013.

Tucked away backstage at Bonnaroo, buried beneath a stack of hay bales, is a room where artists duck out of the weekend's madness to play stripped-down versions of their songs. The Hay Bale Sessions will lead you through a secret doorway where you can join artists to watch these pure and intimate performances.

There are a dozen additional HayBale Session videos featuring Local Natives, Two Gallants and other artists which you can check out over at their YouTube page. 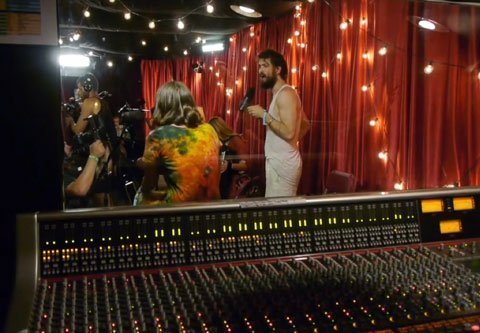