Over the weekend, Diplo released his video for "Biggie Bounce," which features Travis Porter and Angger Simas. The three of them, along with two big bootied twerking girls, showed up at Mableton Moose Lodge in Georgia to film the video with locals in the audience. None of the locals seemed to know who Diplo is or listen to hip-hop at all. Hilarity ensues. At one point, the song instructs the audience to "work your back." It's a little sad that nobody at Mableton Moose Lodge follows these instructions, besides Diplo's own dancers.

The song itself is a dance anthem with a reggaeton beat. Both Travis Porter and Annger Dimas offer short verses, but get straight to the point. They want you to "shake your ass and titties."

The song is from Diplo’s Revolution EP, released back in October through Mad Decent. You can stream the entire album here on Zumic. 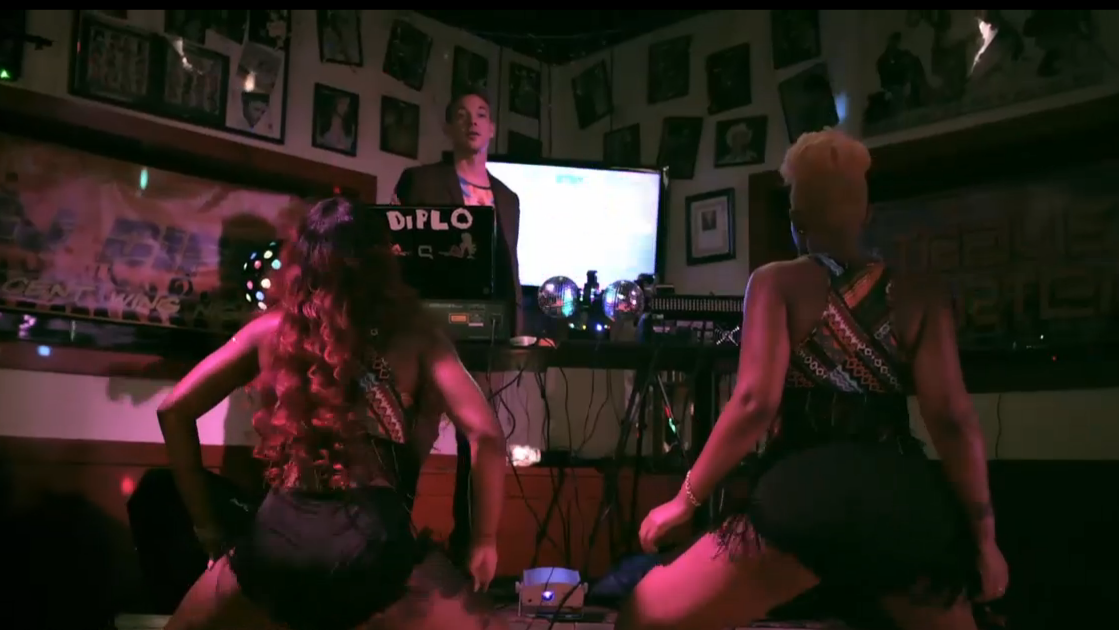