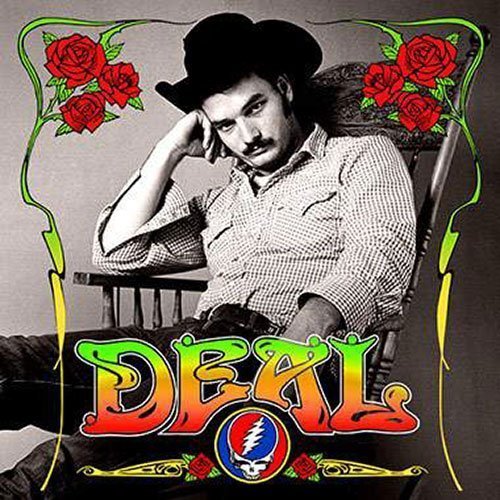 Making a playlist of one of your favorite music bands is a hobby that most music fans have done at one point in their lives. But what if a musician from one of your favorite bands created a playlist of songs that they actually performed? Would you listen to it? If the answer is yes, and you're a fan of Grateful Dead music, then check out the playlist below, created by Bill Kreutzmann, drummer and founding member of the Grateful Dead.

The ten song playlist was put together to celebrate the 50th Anniversary of the Grateful Dead and Bill Kreutzmann's new autobiography Deal: My Three Decades of Drumming, Dreams and Drugs with The Grateful Dead.

Beginning with a thunderous "The Other One" from England, 1972, six of the ten songs found on the playlist stretch over the ten minute mark. It's interesting to note that three of the ten songs here ("The Other One," "Deal," "Playing In The Band") are from the Sunshine Daydream 8/27/1972 show from Veneta, Oregon. "Row Jimmy" from The Omni in Atlanta, Georgia 4/1/1990 is the only pick from 1990, and one of the most well-known versions of "Dark Star" (recorded at the Fillmore East, 2/13/1970 and released on Dick's Picks Vol. 4) is included as well.

Every song on here showcases the drumming talents of Bill Kreutzmann. "The Other One" features his intensity and stamina, while "Row Jimmy" focuses on his laid-back groovy style. "The Wheel" opens up with march-like drumming, and "Deal" is fueled with a steady and calm pace. Ending the playlist is a jam heavy "Playing In The Band" where Kreutzmann puts on a dazzling display of drum rolls, fills, and improvisational playing. Every member of the Grateful Dead brought their talented musical abilities to the band, and Bill was certainly the engine that kept the psychedelic train running for 30 years. Actually, it's 50 years now when you factor in his work in post-Jerry Garcia versions of the band like The Other Ones, The Dead, and most recently Billy & The Kids as well as the 50th Anniversary Grateful Dead lineup that will be playing this summer.

Bill Kreutzmann will be going on a book tour in support of Deal: My Three Decades of Drumming, Dreams and Drugs with The Grateful Dead. The first date has already passed, but there are still 13 dates left. According to his Facebook post, here's what you can expect at these events:

It might not sound exactly like a "Scarlet Begonias" from May 1977, or a "Bird Song" from March 1990, but you can bet your bottom dollar that there will be some psychedelic story-jamming on my May 2015 book tour. Feel free to ask me questions (yes, the music really does play the band; no, I haven't actually stayed in every blue-light cheap hotel). We'll laugh, we'll cry, we'll shake hands... and that, my friends, is the real DEAL.

You can pick up the book on Amazon, which will be released Tuesday, May 5 through St. Martin's Press.

The remaining members of the Grateful Dead (Phil Lesh, Bob Weir, Bill Kreutzmann, Mickey Hart) will be coming together for three shows in Chicago on July 3, 4, and 5 as well as two shows in San Francisco on June 27 and 28. You can find more information about that here on Zumic.