Breaking Bad's final (half) season began on Sunday, marking the beginning of the end of one of television's best-loved and most innovative shows. In honor of this, Billboard interviewed Breaking Bad composer Dave Porter, who is responsible for much of that love and innovation.

Porter's score has always pushed the envelope in terms of sound design and tension, and it's fascinating to hear him explain the jump he's made from orchestral compositions to the avant-garde electronica that drives Breaking Bad.

Drawing influence from visual and plot cues, the show's New Mexico backdrop, and of course, Bryan Cranston's portrayal of the nefarious Walter White, Porter provides details that not only satisfy Breaking Bad diehards, but also anyone interested in film scores.

While Dave Porter's methods may be unorthodox, they are nothing when compared to the ambitious Andrew Huang, who recently uploaded a rather unique cover of the Breaking Bad theme to Youtube (see below). In keeping with the show's meth-centric plot, Huang recorded his cover using objects that would be found in a meth lab, and a guitar. Now that's resourceful! 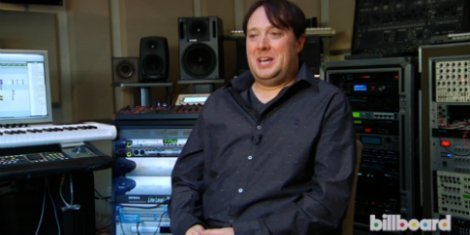