This past March, Atlanta "flower punks" Black Lips released their seventh studio album, Underneath The Rainbow, and have since embarked on a spring tour to support it. On March 27th, they ventured into Vancouver to play a sold-out show at the Rickshaw Theatre. The next day, they passed through Seattle and stopped by KEXP to play four songs from the new record and talk to host Troy Nelson about dealing with the border patrol, garbage pail kids cards, and the meaning behind the album name.

The show started strong, one could argue too strong, as the band rocked so hard during "Justice After All" that guitarist Cole Alexander broke a string on his guitar and had to get a new one between songs. The rest of the set went off without a hitch, as the band showcased their southern-tinged garage punk styles and their differing vocal techniques. Each member sang lead on one song, and all the band's influences shone through. Whether the vocal was the southern rock drawl of Cole, or the choppy, punk stylings of bassist Jared Swiley, each song had a distinct sound and flavor.

During the interview portion, the band talked about their show in Vancouver, how they were supposed to do a DJ set after the show but let someone else do it, and getting past border patrol without a problem for the first time in their careers. Troy gave lead guitarist Ian Saint Pé a garbage pail kids card called "Skiin' Ian," which lead to a discussion about garbage pail kids cards, the awesomely bad Garbage Pail Kids movie and how kids today wouldn't appreciate them. They ended the interview with a discussion about the album title's meaning, or lack thereof. According to Jared, the phrase "Underneath the Rainbow" has no meaning. He said, "we just like freedom, you know, it's free to mean whatever you want it to mean."

Songlist:
Justice After All
Smiling
Make You Mine
Boys In The Wood 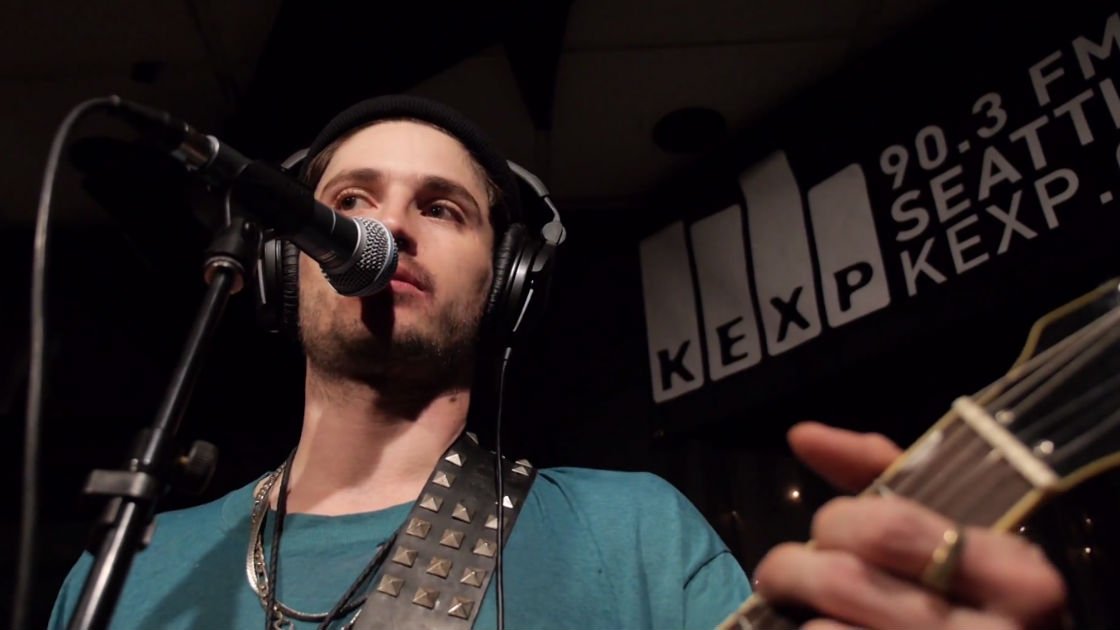 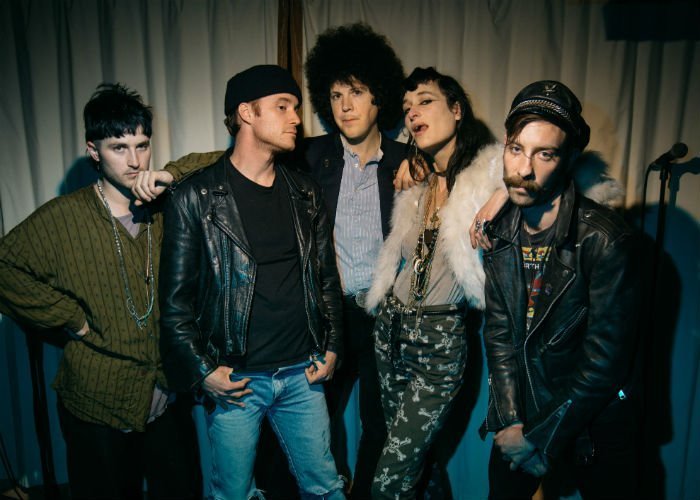 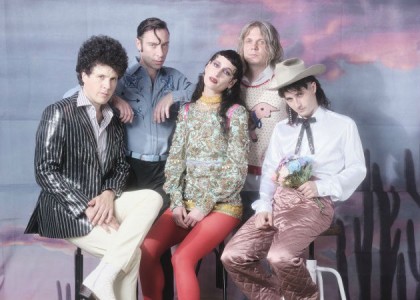 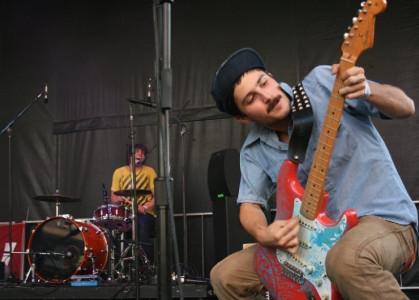 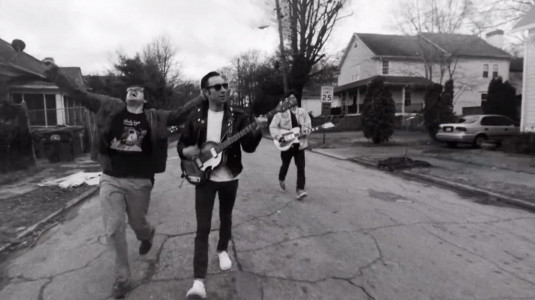