Heavy metal gods Black Sabbath kicked off their 13 tour last night at The Barclays Center in Brooklyn, New York. The lineup consisted of 3/4ths of the original 1968 lineup, with Bill Ward replaced by Ozzy Osbourne's solo band drummer, Tommy Clufetos. The sixteen song show featured the obvious classics like "War Pigs," "N.I.B.," and "Iron Man," with three songs from 13 spaced out in the set. It was not a sold out show (surprisingly), but it was damn close, and full of the most loyal fans you'll ever find.

Wasting no time in giving the fans what they wanted, the band's first song, "War Pigs," got people standing up and headbanging. Ozzy looked to be in great shape as he ran around in an attempt to pump up the crowd. 1971 tune "Into The Void" was next, and kept the crowd's energy on full blast. "Snowblind," an obvious nod to cocaine use, featured film clips on the giant screen behind the band of Tony Montana, Frank Sinatra, and others partying with the drug. Geezer Butler is a menacing bass player, and his solo before "N.I.B." proved why he's one of the best. 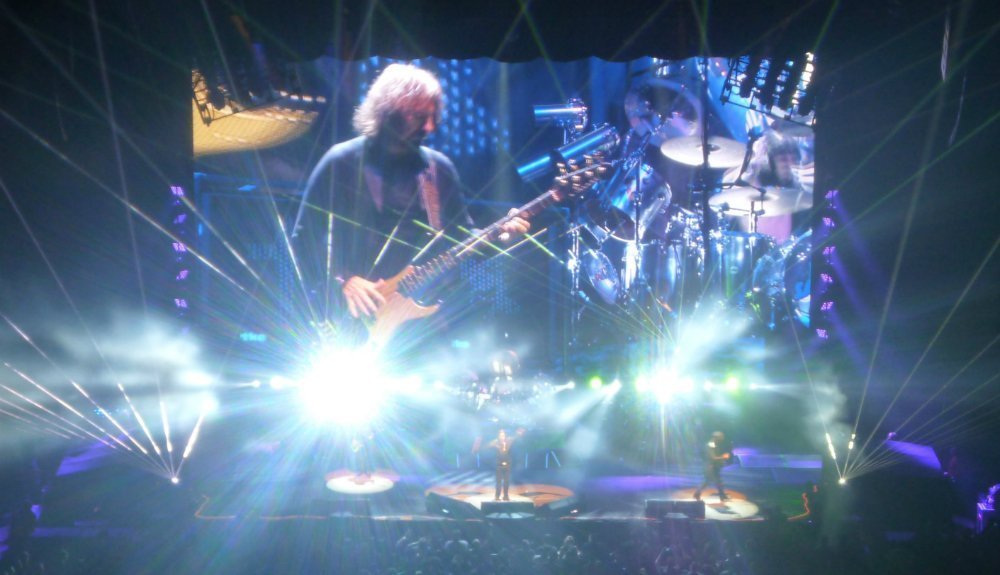 Drummer Tommy Clufetos got his moment to shine when he turned madman on the skins during instrumental drum song "Rat Salad." It was a ten minute display of brute force as Tommy banged away nonstop and displayed an endless amount of energy. Tommy provided to be the backbone of the band throughout the night and proved himself to be worthy of sitting in for original drummer Bill Ward. 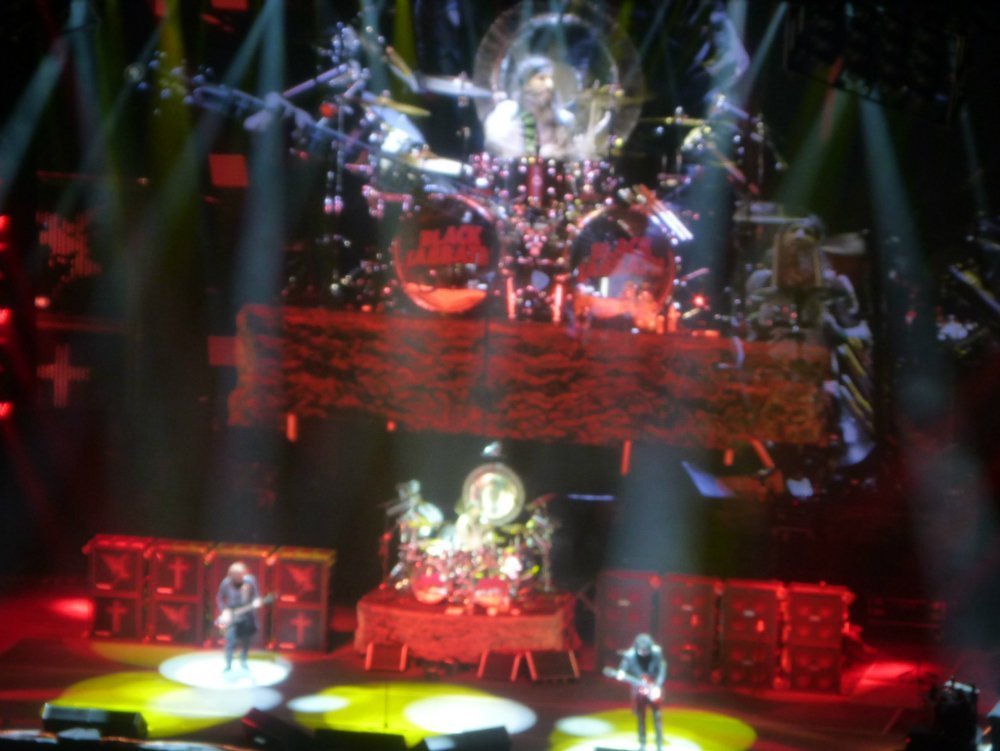 Ozzy demonstrated that he hasn't lost his status as one of rock's great frontmen. He roamed around the stage with arms flapping up and down in attempts to excite the crowd. His singing was in top form and as spooky as ever when he howled during songs like "Iron Man." Not once throughout the two hour show did Ozzy look fatigued or lost. He soaked up the crowd's energy and used it as fuel, keeping him sharp and energized. 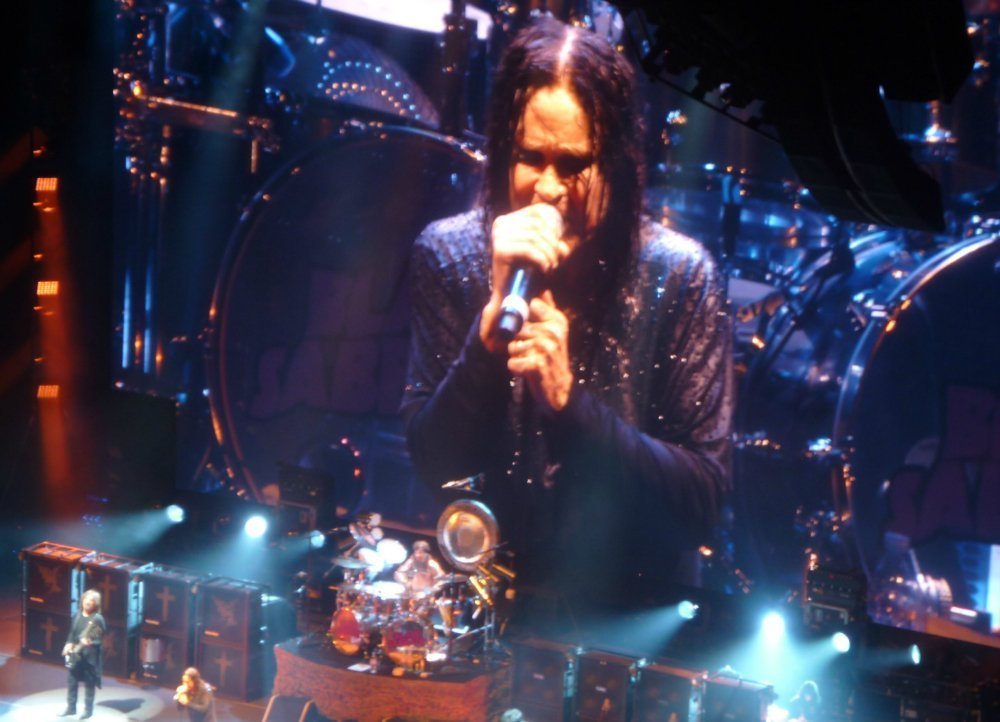 What makes Black Sabbath stand out from their contemporaries in the metal scene is their heavy, dark sound. Guitarist Tony Iommi is largely responsible for that with the distorted sound he gets out of his 1965 Gibson SG Special. Songs like "God Is Dead" and "Children Of the Grave" were great examples of Iommi melting faces in the crowd with his nightmarish sound. Additionally, it was enjoyable to watch Tony rip into solos with extreme precision and feeling, keeping in mind that he lost the tips of his right hand middle and ring fingers in a metal shop accident at 17.

The band left the stage, but didn't keep the fans waiting long for an encore. After a "Sabbath Bloody Sabbath" teaser, the band closed the show with fan favorite "Paranoid." Balloons fell from the rafters above as cannons shot out confetti onto the people in the general admission area. It may not have been Ozzy biting the head off a bat, but it was a party-like atmosphere to end the night.

This was Black Sabbath's only U.S. show this tour and will be continuing in Canada before heading out to multiple cities in Europe. Check out their Zumic artist page for all dates and ticket information, as well as the latest music and news.

Below are crowd sourced YouTube videos of the concert, including the setlist. 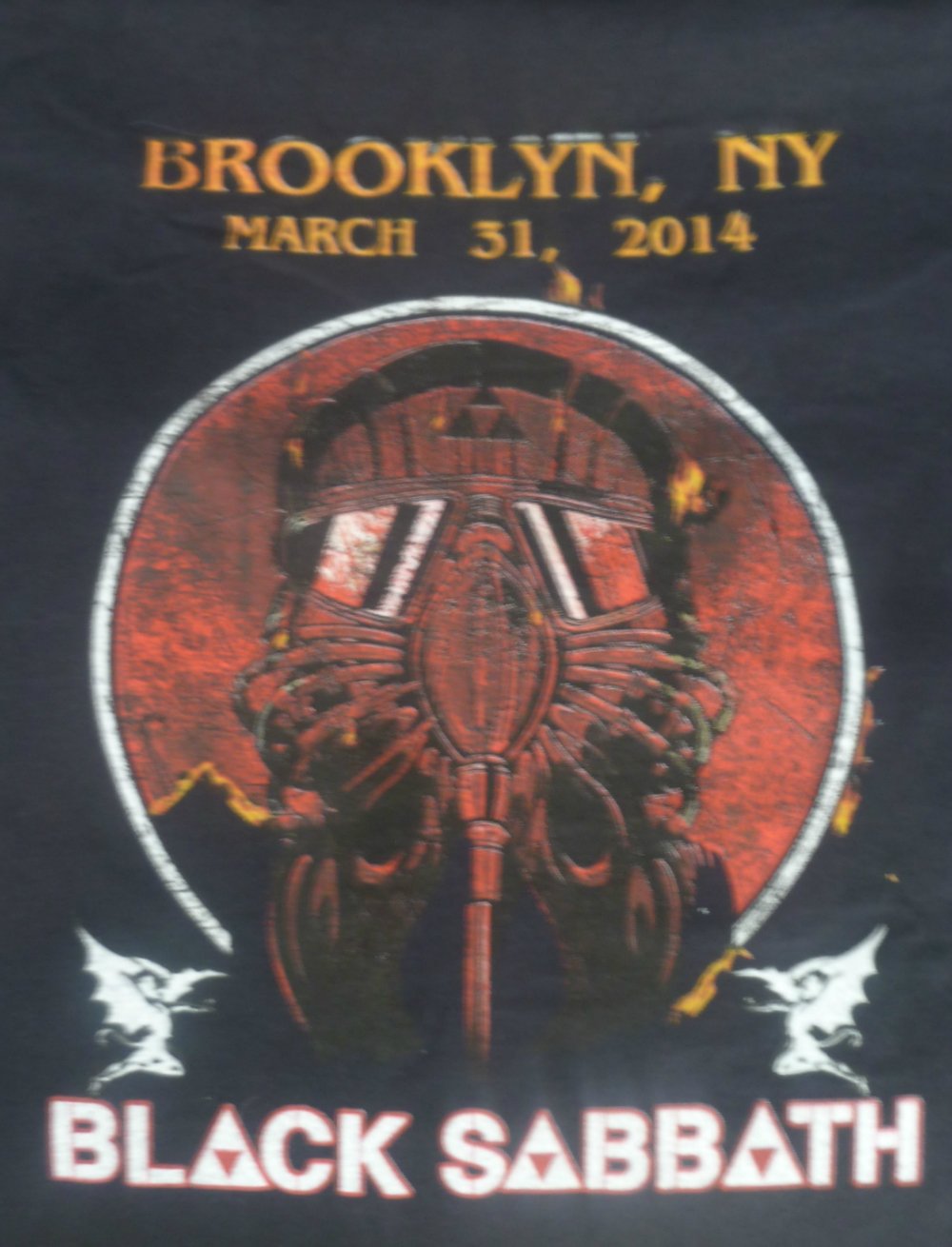