Angel Haze tears Kanye West's "Black Skinhead" to shreds with her freestyle over the instrumental. The non-stop flow of punchlines and metaphors are delivered perfectly to the beat, maybe even upstaging Kanye's original work. Kicking off her concept 30 Gold, an everyday freestyle series for a month, the take on "Black Skinhead" shows why Haze is one of the best lyricists in hip-hop, both genders included.

She raps about being at the top of her craft and having a point to prove, with lines like "Back in the booth and I'm about to attack, nothing but Jesus was holding me back." This isn't the first time the lyricist gave a Kanye song her own take. Haze did similar lyrical damage to "New Slaves" a couple of months ago.

The freestyle series will serve as an appetizer to her upcoming album, Dirty Gold. It is slated for a 2014 release. 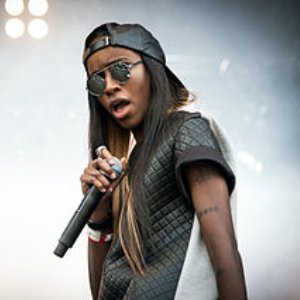