Today, a new batch of unreleased studio material has been released by the man still considered to be among the greatest guitar players of all time, Jimi Hendrix.  Listen to Both Sides of the Sky above, courtesy of Spotify.

The album contains thirteen recordings, ten of which have never been officially released before. The songs were recorded between 1968 and 1970, and many feature the Band of Gypsys lineup of Billy Cox on bass and Buddy Miles on drums.  The "Experience" lineup of Noel Redding on bass and Mitch Mitchell on drums also appears in some of the earlier recordings, including a blistering "Hear My Train a Comin'."

A big part of what makes this album special is the cameos. Stephen Stills can be heard prominently on a version of Joni Mitchell's "Woodstock" (which was also a huge hit for CSNY) and an original tune called "$20 Fine." Other guest appearances include Johnny Winter playing slide on the blues classic "Things I Used to Do" by Guitar Slim, and vocalist/saxophonist Lonnie Youngblood leading an original song called "Georgia Blues."

The collection opens with an uptempo version of Muddy Waters' "Mannish Boy." A strong version of Hendrix's original "Lover Man" includes a riff on the Batman theme song midway in. The songs "Stepping Stone" and "Sweet Angel" have been released on sevearl albums already, but these tracks highlight Jimi's unique creativity as a guitarist and songwriter. The albums' final song, "Cherokee Mist," offers a new glimpse of Hendrix on sitar, but is a rough instrumental cut that sounds more like a jam than a fleshed out song.

The Jimi Hendrix estate shared a press release explaining how this album follows Valleys Of Neptune, released in 2010, and People, Hell and Angels, released in 2013, as "the third volume in a trilogy of albums intended to present the best and most significant unissued studio recordings remaining in the music legend’s archive."

In the same press release, famed recording engineer and producer Eddie Kramer shared some insight, "Jimi’s true home was the studio, that’s where the music and the magic happened. He loved everything about recording and it’s been my distinct pleasure and an honor to play a part in that process both then and now."

Producer John McDermott talked about Jimi's work ethic in the studio with Rolling Stone, "I have had the good fortune of being able to listen to everything in the vault and I got the sense that some of these songs trace back to '67 and he was still working on them. Jimi really tried to be whittling down songs, working hard to refine things. There was a constant evolution of the content."

The problem with this album is that the songs were unfinished and there is a reason why they weren't released at any point in the last 47 years, which is that they aren't as good as the four incredible LPs that Hendrix's released in his lifetime. Most casual fans would be better off listening to Are You Experienced, Axis: Bold As Love, Electric Ladyland, or Band of Gypsies, but for those of us who have already heard those classic albums enough times and like the rough live quality of the recordings, Both Sides of the Sky is a rewarding listen which shines new light on the man who forever changed the artform of rock and roll.

Both Sides of the Sky is available for purchase on Amazon.

For more, check out the Jimi Hendrix Zumic artist page. 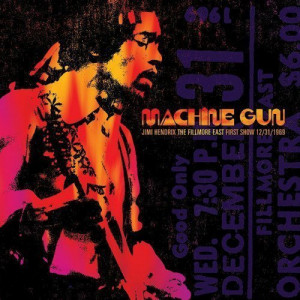