Rick Ross just released a remix of Kanye West's "Bound 2," which features Ross freestyling a few immaculate verses over the beat. The last portion of the song remains relatively true to the original, with Kanye's original lyrics intact, but the beginning and middle of the song are all Ross. Although the song is originally Kanye's, Rick's verses are a marked improvement. Listen to the track above. This is the best thing to happen to "Bound 2" since James Franco and Seth Rogen's "Bound 3."

Rick Ross also received some good news in the legal world. Last year, Ross, whose real name is William Roberts II, was sued by notorious drug kingpin "Freeway" Ricky Ross, who claimed that the rapper appropriated his name and persona illegally. This week, a judge ruled in the musician's favor, stating:

"Roberts created a celebrity identity, using the name Rick Ross, of a cocaine kingpin turned rapper. He was not simply an impostor seeking to profit solely off the name and reputation of Rick Ross. Rather, he made music out of fictional tales of dealing drugs and other exploits—some of which related to plaintiff. Using the name and certain details of an infamous criminal's life as basic elements, he created original artistic works." 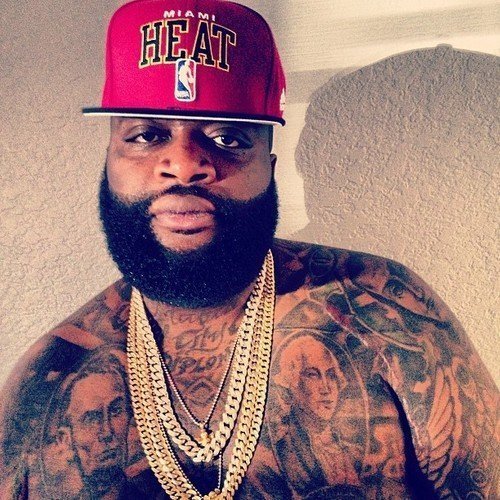 Kanye West Adds 'Saint Pablo' 2016 Tour Dates: Ticket Presale Cod...
Tickets Hip Hop Kanye West
1
1241
Back to top
You must be logged in to upvote.
Registration and login will only work if you allow cookies. Please check your settings and try again.