Breaking Bad comes to an end this Sunday, and with it ends the music that set the mood for every meth cooking session, murder, shoot-out, ominous glare, and almost any uncomfortable situation you could think of. Dave Porter wrote the music for the series from day one, and it helped set the mood and build tension for five seasons.

Porter recently had an interview with Rolling Stone to discuss some of the hardest scenes to write music for. He explained his thought process behind each scene and how he went about scoring it.

Regarding the theme, he said:

"I created the show’s roughly 18-second theme while working on the pilot, without too much knowledge of where the show was going to go. What I did know was that (Breaking Bad creator) Vince Gilligan had said the backbone of the story was the slow devolution of Walter White, taking this milquetoast guy and turning him into a cold and hardened criminal. With that in mind, when I created the theme I wanted it to give a glimpse of the end result of that journey, so that we are always reminded of the ultimate destination."

He also chose Jane's death as a particularly important scene:

"One of the great things about how Vince Gilligan and our writers have crafted the story behind Walter White is that as Walt pushes the envelope of acceptable behavior, we all can view his moral dilemmas through our own filter. In that way, we all relate a little differently to Walt’s transformation. There are Breaking Bad viewers that wrote Walt off in the first few episodes. Others will defend him no matter what he does. For me, the moral tipping point was crossed when he allowed Jane to die. When it came time for me to score that scene, I didn’t want to create music that might lead the audience to one particular moral judgement or another, but rather intensify the magnitude and complexity of the moment."

Go to Rolling Stone to see which other scenes he picked as the hardest to score. You can also see his Billboard interview here to learn more about the music of Breaking Bad. 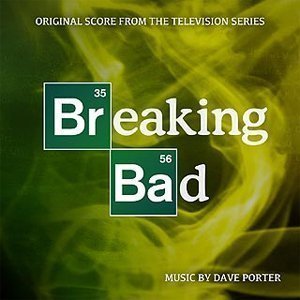