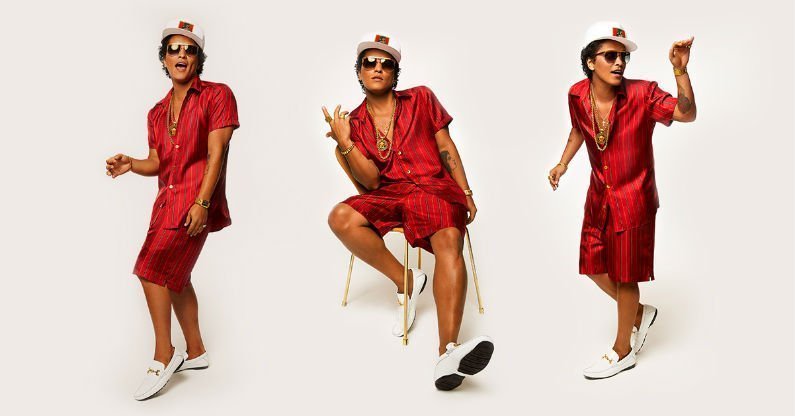 Bruno Mars is set to bring his electrifying show to Las Vegas beginning at the end of 2016.

The singer has signed a deal with MGM Resorts International to perform at The Theater at MGM National Harbor in Maryland on December 27, 2016. He'll then visit the Park Theater at Monte Carlo in Las Vegas on December 30 and 31, 2016 and again on March 11 and 12, 2017.

When do Bruno Mars Las Vegas tickets go on sale and what is the presale code?

The Live Nation presale code is DANCE and the LN Mobile app password is COVERT.

Bill Hornbuckle, president of MGM Resorts International, spoke about working with Bruno Mars in a statement to ET:

Bruno is among the most talented performers in the world and we are excited to start a long-term relationship with him across our industry-leading portfolio of entertainment venues... There is no stronger launching pad for a new venue than for Bruno Mars to be among the first to grace its stage, and we get to do it twice, an amazing beginning to a multi-year partnership.

Bruno announced this his new LP, 24K Magic, is expected to be released on November 18, 2016. Pick it up on Amazon. Earlier this week, he released a music video for the album's title track.

For more about Bruno Mars, check out his Zumic artist page.

Bruno Mars Sets 2019 Las Vegas Residency Dates: Ticket Presale Co...
Tickets Dance-Electronic Dance-Pop Funk Pop Soul Bruno Mars
3
2045
Back to top
You must be logged in to upvote things.
Registration and login will only work if you allow cookies. Please check your settings and try again.